According to the DEA, the problem with cannabis in the United States isn’t that it’s still designated a dangerous drug with no medicinal value in spite of volumes of emerging scientific research indicating otherwise.

The problem is actually that the media has made it difficult for government agents to arrest people for selling and consuming it. The DEA also blames the increasing trend of legalization across the United States. In its 2016 National Drug Threat Assessment Summary [pdf], the DEA observes that “While marijuana remains illegal under federal law, many states have passed laws allowing the cultivation, possession, and use of marijuana within their respective states.”

The agency then argues:

“Due to these varying state laws, as well as an abundance of media attention surrounding claims of possible medical benefits, the general public has been introduced to contradictory and often inaccurate information regarding the legality and benefits of marijuana use.”

As a result, they contend: “This has made enforcement and prosecution for marijuana-related offenses more difficult, especially in states that have approved marijuana legalization.

Indeed, the DEA is correct in asserting an increasing number of individuals in states across the country have opted to remove barriers to cannabis use. From California to Colorado and Oregon to Washington D.C., 28 states have legalized either medical or recreational use.

But the agency’s wording that “an abundance of media attention surrounding claims of possible medical benefits” actually reveals the disingenuousness of its comments. Though the DEA frames the medicinal qualities of cannabis as doubtful, using uncertain terms like “claims” and “possible,” its own policies prove its statements “contradictory.”

In 2015, the DEA itself requested increased amounts of cannabis to be used for research to determine whether or not the plant can be used to treat health conditions. Though this does not necessarily prove there are benefits, it shows even the nation’s “authority” on drugs is adapting to the new era of ending cannabis prohibition and can no longer blindly deny the plant’s potential.

Still, in spite of its limited efforts to allow cannabis for research purposes, a study published in the peer-reviewed PLOS Biology journal highlighted the barriers government drug policies’ pose to research:

“In the United States, city and state governments often move to outlaw novel drugs before the federal government believes it has sufficient evidence to make that determination. Some have been extreme in their lack of understanding of pharmacology.”

This represents a self-repeating loop whereby government policy restricts research, and the DEA then implies research is insufficient to prove medical benefits.

Regardless, though the DEA decided to keep cannabis a harmful “Schedule 1” drug in August, other branches of the government might disagree with its assessment. According to www.cancer.gov, a website run by the National Institute for Cancer, cannabis holds many potential benefits for treating nausea, vomiting, pain, anxiety, and loss of appetite.

While, again, “potential” is a key qualifier, the same fact sheet acknowledges that “Two cannabinoids (dronabinol and nabilone) are drugs approved by the U.S. Food and Drug Administration (FDA) for the prevention or treatment of chemotherapy-related nausea and vomiting.” The same page notes “[a]nother active cannabinoid is cannabidiol (CBD), which may relieve pain, lower inflammation, and decrease anxiety.”

In another example, the United States government has held a patent on marijuana for its antioxidant properties since 1979.

Still, the DEA blames the media for highlighting the benefits of marijuana, even as many stories about the potential benefits of cannabis are rooted in ongoing discoveries made through scientific research — a factor the DEA fails to acknowledge in its criticism of the media.

Further, even absent any scientific data on the plant, anecdotal evidence of cannabis shows just how much it is helping people in need. These are not “claims,” as the DEA suggests.

A recent video of a former cop with debilitating Parkinson’s disease showed how just a few drops of cannabis oil helped calm his uncontrolled movements and relieve his pain, and available medical research backs up his experience. Epileptic children enjoy relief from severe seizures, and preliminary medical research also supports their experiences. Countless cancer patients testify to the immense benefits cannabis brings them, especially when it comes to mitigating the effects of chemotherapy. One man who suffered from staggering cluster headaches as a result of the nation’s biggest natural gas leak in history found relieffrom cannabidiol (CBD) oil after trying numerous other treatments with no success. Of his experience, endocannabinoid researcher, Dr. Saoirse O’Sullivan of the University of Nottingham’s medical school, observed:

“The thing about CBD is that because it has so many facets, so many ways in which it acts, that probably, the response was a combination of a little bit of all of them. [It was ] probably not just one thing — and that’s what makes it such a rich drug.”

Just last night, the author of this article was suffering from a migraine so severe she couldn’t keep food down, yet with a few drops of non-psychoactive CBD oil, the pain and nausea disappeared.

Instead of blaming states and media outlets — and by extension, academic researchers — for evolving past the drug war mentality, the DEA would do well to examine its own practices.

Though more research is undoubtedly needed to determine the exact medical benefits of marijuana, the same argument could be made for dangerous pharmaceutical drugs approved by the FDA based on research conducted by their manufacturers. As the FDA notes, “It is the responsibility of the company seeking to market a drug to test it and submit evidence that it is safe and effective.”

While it’s important not to paint the plant as a cure-all for any ailment — and research that finds drawbacks of marijuana use must also be further investigated — the DEA’s comments on cannabis do little more than affirm that its policies are outdated, its mentality is increasingly obsolete, and that it’s digging its heels into the aging, prohibition paradigm, even as the rest of the country moves on. 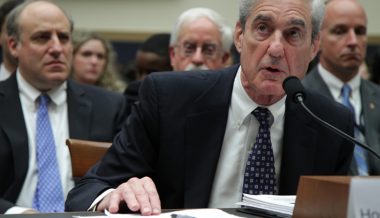