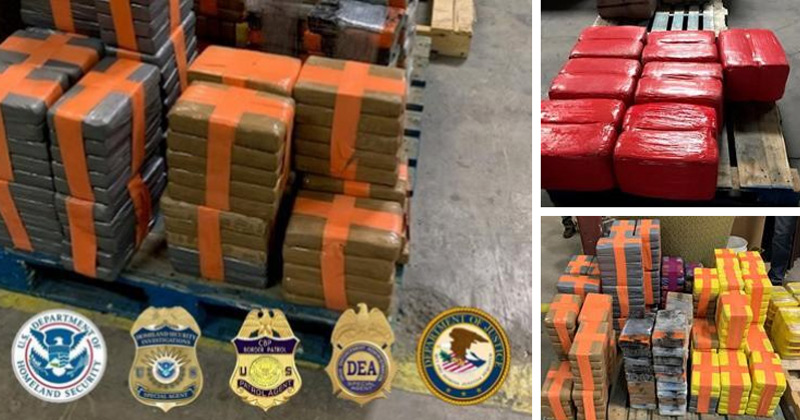 The Drug Enforcement Administration (DEA) put out a new release on March 31 stating that Federal agents on the San Diego Tunnel Task Force uncovered a tunnel more than 2,000 feet long on March 19, which extends under the U.S.-Mexico border to a warehouse San Diego.

According to the release, federal agents seized approximately 1,300 pounds of cocaine, 86 pounds of methamphetamine, 17 pounds of heroin, 3,000 pounds of marijuana, and more than two pounds of fentanyl from the tunnel. The report noted, “The large seizure of mixed drugs represents the first time in San Diego’s history where five different types of drugs were found inside a tunnel. The total street value of the drugs seized from the tunnel is estimated at $29.6 million.”

The tunnel was of very sophisticated construction, including reinforced walls, ventilation, lighting, and rail tracks similar to those used in mine shafts. Because of these features, agents estimated that the tunnel had been in existence for several months.

I’m proud of the excellent work performed by Homeland Security Investigations (HSI) agents, as well as U.S. Border Patrol and Drug Enforcement Administration agents as integrated partners of the San Diego Tunnel Task Force. Their tenacity made the difference in shutting down this tunnel. I hope this sends a clear message that despite the ongoing public health crisis, HSI and our law enforcement partners will remain resilient and continue to pursue criminal organizations responsible for the cross-border smuggling of narcotics into the United States.

Jobless claims soaring to 3.3 Million — 5.5 times the previous record — doesn’t come close to the real figure. But they “love you” and “the check’s in the mail”. No, they’re giving you your first hit of a highly addictive drug — for free!