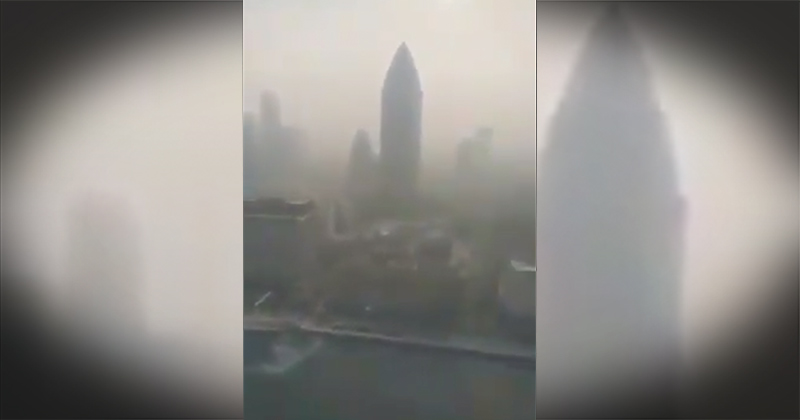 With fewer vehicles on the streets and hardly any factories operating due to the coronavirus outbreak, why does the city of Wuhan, China have a massive smog problem?

Residents are suggesting the thick cloud could be the result of a recent mandate from China’s National Health Commission, who recently ordered all fatalities caused by coronavirus to be cremated and banned burials and funerals.

Yes, the hypothesis is that crematoriums are burning so many coronavirus-infected bodies that the entire city is engulfed in smoke.

🗣 People stay at home and isolate themselves, there are no cars on the road, and the factory is not open. But why is the smog so severe?#Wubei #Wuhan #coronavirus #WuhanCoronavirus #nCoV2019 #CoronavirusOutbreak #CHINA pic.twitter.com/XSp3YPdxxb

“This means there are patients who died from the virus, but were not added to the official record,” The Sun continued.

While the city of Wuhan has been on lockdown for over a week now, the World Air Map reported “dangerous” levels of pollution with highs of 121 AQI.

Images of Wuhan in 2012 show a similarly severe amount of smog, but with no factories or cars operating why is the city experiencing such a high level of pollution now?

It’s not clear whether or not the “death smog” is in fact a result of never-ending cremations, but if it is there’s one thing certain – the Communist Chinese government would do everything possible to suppress the truth from seeing the light of day.