The Israeli intelligence asset DEBKAfile reported earlier this week that Russia is prepared to abandon its naval base at Tartus in Syria if the country is attacked. 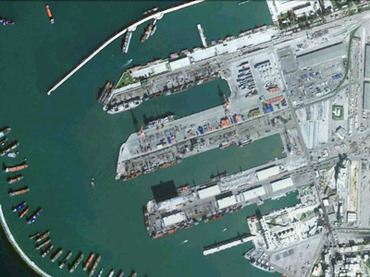 Russia’s naval base at Tartus, Syria.

“Russian naval vessels have unexpectedly departed the Syrian Mediterranean port of Tartus and Russian arms shipments to Syria have been suddenly discontinued,” the website reported on August 28.

According to DEBKAfile’s sources, the “Russians are rapidly drawing away from the Syrian arena to avoid getting caught up in the escalating hostilities expected to arise from military intervention by the US, Europe and a number of Arab states. Russian intelligence appears to have decided that this outside intervention is imminent and Moscow looks anxious to keep its distance for now.”

News of the alleged evacuation appeared after an August 27 meeting in Brussels between NATO leaders and officers of military forces in several former Soviet Republics, major African states, Israel, Saudi Arabia and the Persian Gulf states. The participants reportedly arrived at a decision to act against Syria, according to Iran’s Press TV. The Brussels meeting is said to have included discussion of the potential for Russian and Chinese intervention in Syria.

On Thursday, General Martin Dempsey, the chairman of the Joint Chiefs of Staff, made comments about the prospect of intervention in Syria while visiting London. He said the comparison of the Syrian situation with Libya was a source of “amusement,” The Independent reported.

Dempsey’s remarks followed Obama’s “red line” warning to Syria last week. “The red line for us is if we start seeing a bunch of chemical weapons moving around or being utilized,” Obama said during a White House press conference. “That would change my calculus.”

“We are monitoring the situation very carefully, and have put together a range of contingency plans and communicated in no uncertain terms with every player in  the region that is a red line for us,” Obama said.

On Thursday, White House spokesman Jay Carney clarified Obama’s “red line” statement after a prominent supporter of the CIA and MI6 supported Syrian rebels said Obama’s comment on the use of chemical weapons by Syrian forces could amount “to a ‘green light’ for Assad to use as much conventional force as possible” against the foreign supported rebels. Carney insisted that the quickest way to end the bloodshed in Syria would be for Assad to step aside and have a peaceful Syrian-led political transition.

On August 23, DEBKAfile said U.S. “C130 transports stand ready at Middle East air bases to fly into Syria US elite units especially trained in combat against chemical and biological weapons and tactics for securing their arsenals.”

The website claimed western intelligence sources had reported that “those units are on standby at bases in Israel and Jordan. Their assignments are to engage Syrian troops attempting to move those unconventional weapons systems to battle fronts or Hezbollah and to prevent them falling into the hands of radical Islamic rebel fighters, especially Al Qaeda.”

In December, we cited a report posted on the website of whistleblower activist Sibel Edmonds stating that “foreign military groups, estimated at hundreds of individuals,” had taken up positions in the city of al-Mafraq in northern Jordan on the Syrian border.

The presence of al-Qaeda in Syria is supported by the Council on foreign Relations. “The Syrian rebels would be immeasurably weaker today without al-Qaeda in their ranks,” Ed Husain, a Senior Fellow of Middle East Studies with the CFR, wrote in a policy paper on August 6.