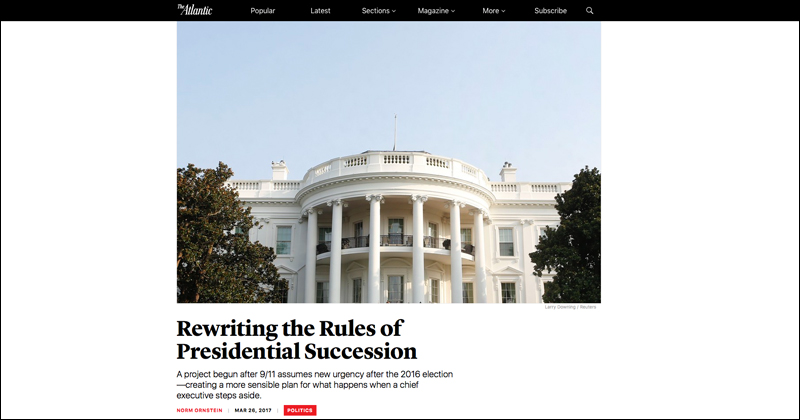 The shadow government is considering using its “continuity of government” (COG) mechanism already in place to overthrow the entire Trump administration.

The COG procedures, which were first drafted during the Cold War to ensure the government’s survival during a nuclear war, mesh well with the establishment narrative that the 2016 presidential election was “stolen” by “Russian hackers.”

“…If the election had been stolen, Pence’s place as president would be no more legitimate than that of Trump,” wrote Norm Ornstein of the neo-conservative American Enterprise Institute for Public Policy Research. “After Pence — Paul Ryan, the speaker, followed by Orrin Hatch, the president pro tem, followed by Secretary of State Rex Tillerson.” 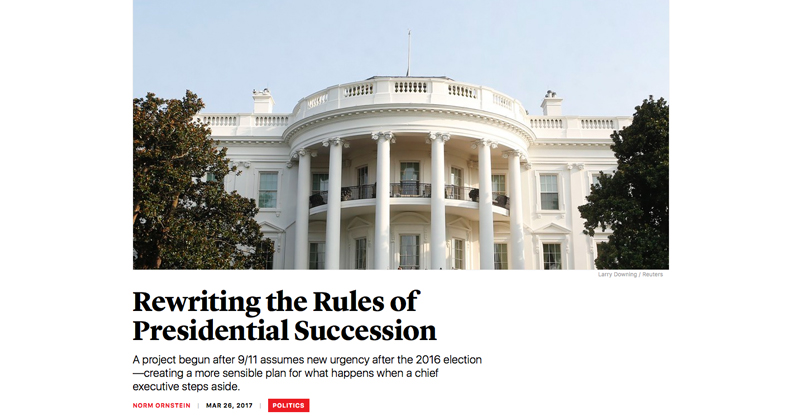 Ornstein, whose op/ed appeared in the top elitist publication The Atlantic, wants Congress to establish procedures for a “special election” for president and vice president to ensure the “continuity of government” amid “cyberwarfare,” a threat in this case over-exaggerated by the globalists to program millions of Americans into accepting the overthrow of a duty-elected, populist president.

WATCH: Alex Jones revealed the COG plan to overthrow Trump back in January:


The fact that Ornstein is now trying to sell the idea publicly indicates it was already quietly under discussion amongst the network of globalists embedded in the various government think tanks and agencies inside the beltway that had supported Hillary Clinton in her failed presidential bid.

Ornstein fails to mention Clinton’s deep ties to Russia – the Clinton Foundation brokered a deal giving Putin 20% of US uranium production, according to the N.Y. Times – but that doesn’t matter because the Trump/Russia conspiracy is simply a fake narrative used to deceive the public into accepting the idea that Trump must be replaced with a globalist puppet.

The globalists maintain control through deception; what they tell you isn’t the truth but rather what they want to you to believe so they can gain power over you.

And as Infowars has documented over the past several years, the shadow government has expanded its “continuity of government” powers to ensure its survival – in this case amid a populist revolt that transferred power back to the people.

During the Obama administration, the Department of Homeland Security put together a COG plan so secretive that Congress was mostly unaware of its existence.

“Whether for a worthwhile pretext or not, plans have been put into place to transfer power outside of elected government,” Infowars reported in 2011. “In its place is a constitution-circumventing framework to share power between the special interests who have bought/run the executive branch and legislative branch, including the National Security shadow powers given precedent there, including military and CIA capabilities.”