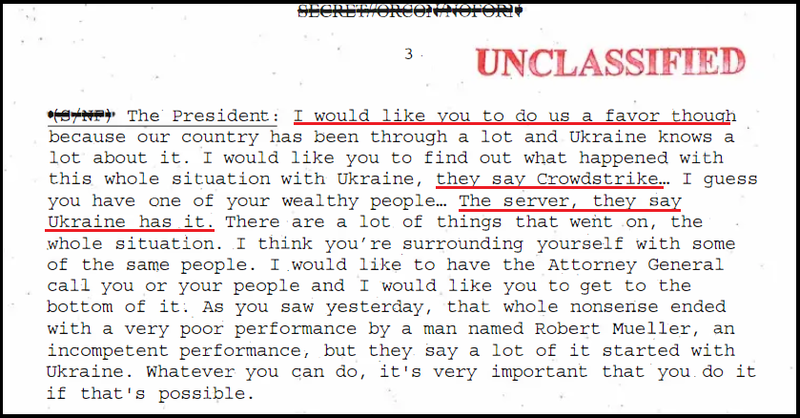 A second intelligence community whistleblower who doesn’t think Joe Biden should be investigated for corruption has come forward with “first-hand” knowledge of complaints against President Trump’s efforts to encourage Ukraine to do so.

The second whistleblower, represented by the same team of attorneys as the first one, has reportedly spoken with the intelligence community inspector general, Michael Atkinson. According to ABC News, they have not spoken with Rep. Adam Schiff’s (D-CA) House Intelligence Committee like the first whistleblower. It is unknown if they are also a CIA employee or a registered Democrat.

“I can confirm that my firm and my team represent multiple whistleblowers,” said Andrew Bakaj – lead attorney for the first whistleblower (and who worked for both Hillary Clinton, Chuck Schumer – and donated to Joe Biden).

Mark Zaid, another attorney representing the initial whistleblower, said that a second whistleblower has come forward with firsthand knowledge of some of the allegations described in the initial complaint, which describe efforts by Mr. Trump to press his Ukrainian counterpart to investigate a political rival. -WSJ

That said, we’ve all read the original whistleblower complaint and the transcript of the phone call between President Trump and Ukrainian President Volodomyr Zelensky in which Trump clearly does not use pressure or offer a quid pro quo as originally claimed. It will be interesting to discover what additional insight the second whistleblower can provide.

Attorney Mark Zaid who represents the second whistleblower said that both officials have full protection of the law.

The New York Times on Friday cited anonymous sources in reporting that a second intelligence official was weighing whether to file his own former complaint and testify to Congress. Zaid says he does not know if the second whistleblower he represents is the person identified in the Times report.

According to the first whistleblower, more than a half a dozen U.S. officials have information relevant to the investigation — suggesting the probe could widen even further. -ABC News

“A transcript released by the White House of Trump’s July 25 call with Ukraine President Volodymyr Zelenskiy showed Trump asking a “favor” of the foreign leader and pushing him to launch an investigation into the Biden family. ” -ABC News

Wrong, a reading of the transcript reveals that the ‘favor’ Trump asked for was only in relation to the DNC’s missing server and the DNC contractor Crowdstrike who analyzed it. Biden is mentioned later in the call, and nowhere near the ‘favor’ asked. 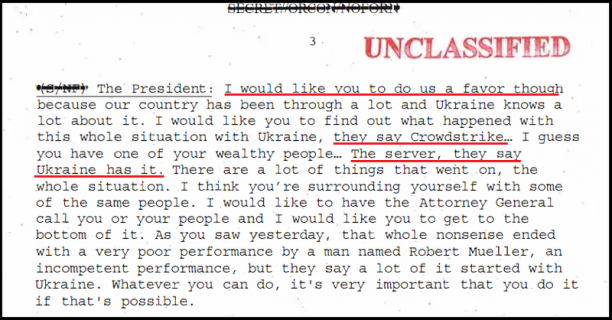 Zelensky then responds, noting that he is fighting corruption and has a reliable team of investigators, and approximately 300 words later in the transcript Trump mentions Biden, long-divorced from the “favor.”

“There’s a lot of talk about Biden’s son,” Trump says, before suggesting Zelensky’s people contact Attorney General William Barr on the matter. “a lot of people want to find out about that so whatever you can do with the attorney general would be great.”

Notably, the Wall Street Journal did not conflate the ‘favor’ comment with Biden.

And while Congressional Democrats have used the above as part of an impeachment inquiry against President Trump, they seem to be uninterested in allegations against the Bidens. What this does feel like is ‘Kavanaugh 2.0’ where we’re about to meet an endless stream of accusers seemingly trotted out to bolster an original flimsy claim.

In a joint press conference with the president of Finland, President Trump fought back against the narrative of the leftists attempting to plunge America into a hot civil war.