US Defense Secretary James Mattis has announced he’s signed an order to send more troops into Afghanistan. The move comes after the Pentagon confirmed it has way more troops in the country than previously admitted.

Speaking at a news conference, Mattis confirmed the reinforcements would be arriving in Afghanistan within the next few days, according to Defense News correspondent Aaron Mehta, who is present at the briefing. Mattis did not mention exact numbers or specifics though.

“Yes, I have signed orders but it is not complete. In other words I have signed some of the (orders for) troops that will go and we are identifying the specific ones,” Mattis said at the conference.

“By and large this is to enable the Afghan force to fight more effectively. It is more advisers, it is more enablers, fire support, for example.”

Around 11,000 US soldiers are currently deployed in Afghanistan, Pentagon spokeswoman Dana White revealed Wednesday, breaching the 8,400 cap set by Barack Obama by 2,600 troops.

The war in Afghanistan, which began with the US-led invasion in 2001, is now the longest-running conflict in American history, spanning the terms of three US presidents (George Bush, Barack Obama and Donald Trump) and costing around 2,400 American lives.

Despite initially criticizing the Afghan war, Trump made a U-turn on that policy, promising in a speech last week to “expand authority for American armed forces to target the terrorist and criminal networks that sow violence and chaos throughout Afghanistan.” 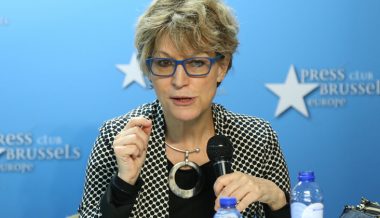