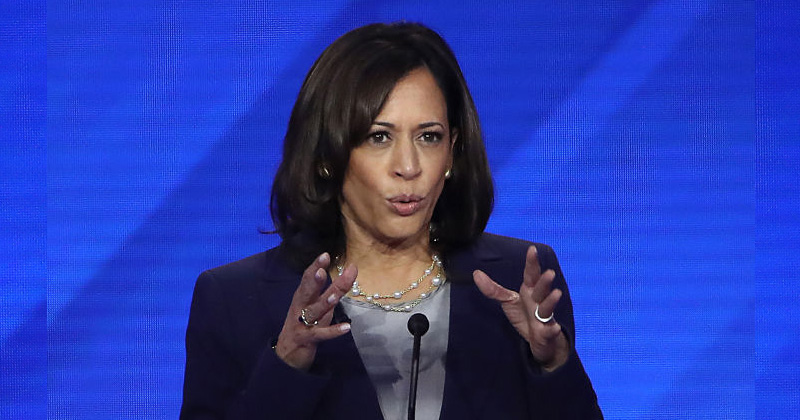 Many viewers of the Democrat Debate Thursday claimed they believed former California Attorney General Kamala Harris was drunk on stage.

Scroll to 0:39 in the following video to see what people are talking about.

Sen. Kamala Harris: "People asked me in El Paso…do you think Trump is responsible for what happened? And I said, 'Well, look, obviously he didn't pull the trigger, but he's certainly been tweeting out the ammunition." https://t.co/INdRXlIwFs #DemDebate pic.twitter.com/hhkpdlYW8u

Twitter users were claim Harris was slurring her words and acting high or stoned.

#CrowderDebateStream @scrowder
I've been drinking along with y'all and well before the debate for that matter but, Kamala Harris is slurring more than me… what is happening?

Kamala is drunk as hell. Bernie lost his voice from shouting. Yang is throwing money at the crowd. Now THIS is a debate. #DemDebate

Is it just me or does Harris sound drunk?

Is it just me or does Kamala sound high/drunk?

She may be a centrist and a former prosecutor, but you have to give Kamala Harris credit for being the only candidate to come to the debate drunk.

Why is Kamala Harris talking like a drunk and stoned valley girl? Wasn't she a divorce lawyer or something? Holy shit! She creeps me the fuck out! #DemDebate

Has Kamala Harris been drinking?

Am I the only person who thinks that Kamala has been drinking?#DemDebate

Normally I like Kamala Harris, but is she drunk/stoned tonight? She’s slurring her words and repeatedly laughing for no apparent reason for uncomfortably long periods of time.#DemDebate

I noticed Kamala is drunk, is it that evident?

Kamala sounds like your drunk friend who wants to have heart-to-hearts at 4 in the morning. #DemocraticDebate

Why does Kamala Harris sound like she's doing a drunk history

Gungrabbers Unite! BETO, Biden, Kamala and Klobuchar All Pledge To Go After Your 2nd Amendment

Watch Democratic frontrunners all pledge to go after your guns. Alex Jones responds.