Orange County Sheriff’s deputies and county workers are ordering hundreds of homeless people who live in an encampment near the Santa Ana River to vacate the premises or risk going to jail.

According to MoveLA Los Angeles County renters need to earn $8,330 a month or $48.06 an hour to rent an average priced home.

The high cost of living in California has caused a homeless crisis for low-income families, many of whom have jobs, but can’t afford a place to live.

Democrat social programs are in place for illegal immigrants and refugees to offer welfare and low-income housing, but homeless Americans in California are being left behind and neglected.

The homeless shelters available are abandoned buildings where people are expected to sleep on cement with only a thin pad in tightly packed rows during the middle of a Hepatitis outbreak.

Most homeless Americans refuse the shelters and prefer to sleep outside or in tents.

The California judicial system has set up a “homeless court” where homeless people are ticketed and fined for being homeless or camping.

They are told to pay a $500 fine which is impossible for them to obtain and when they fail to pay or show up to court warrants are issued for their arrest.

Then, police come to the tent cities and arrest the people for their warrants and confiscate their last belongings.

Public resources and money being spent on policing the encampments greatly outweighs the cost the state would spend by treating them as a social issue. 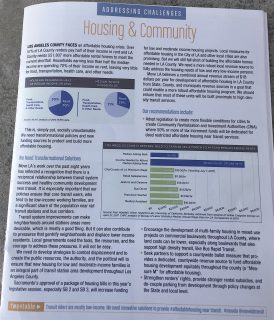 Watch the full video below.