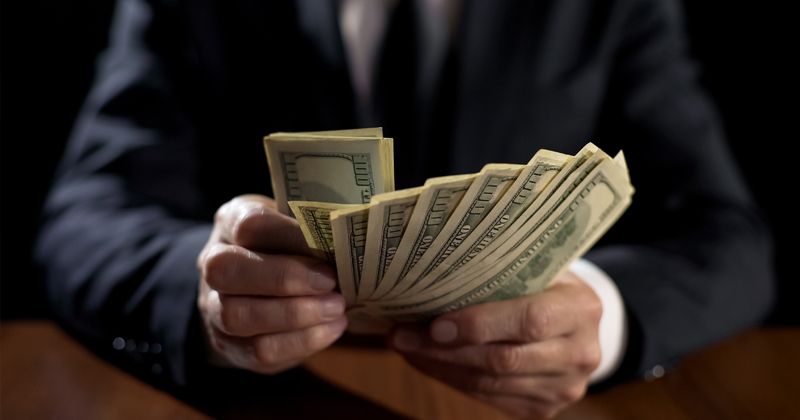 The elites deserve to have more influence in making decisions for voters over who should be president, according to the billionaire-owned Washington Post.

The newspaper, owned by Amazon CEO Jeff Bezos, the richest man on the planet, essentially asserted that democracy can’t be depended on to choose the wealthy’s preferred nominee for president in an article titled, “It’s Time To Give The Elites A Bigger Say In Choosing The President.”

“The current process is clearly flawed, but what would be better?…A better primary system would empower elites to bargain and make decisions, instructed by voters,” wrote Marquette University political science professor Julia Azari on Wednesday. 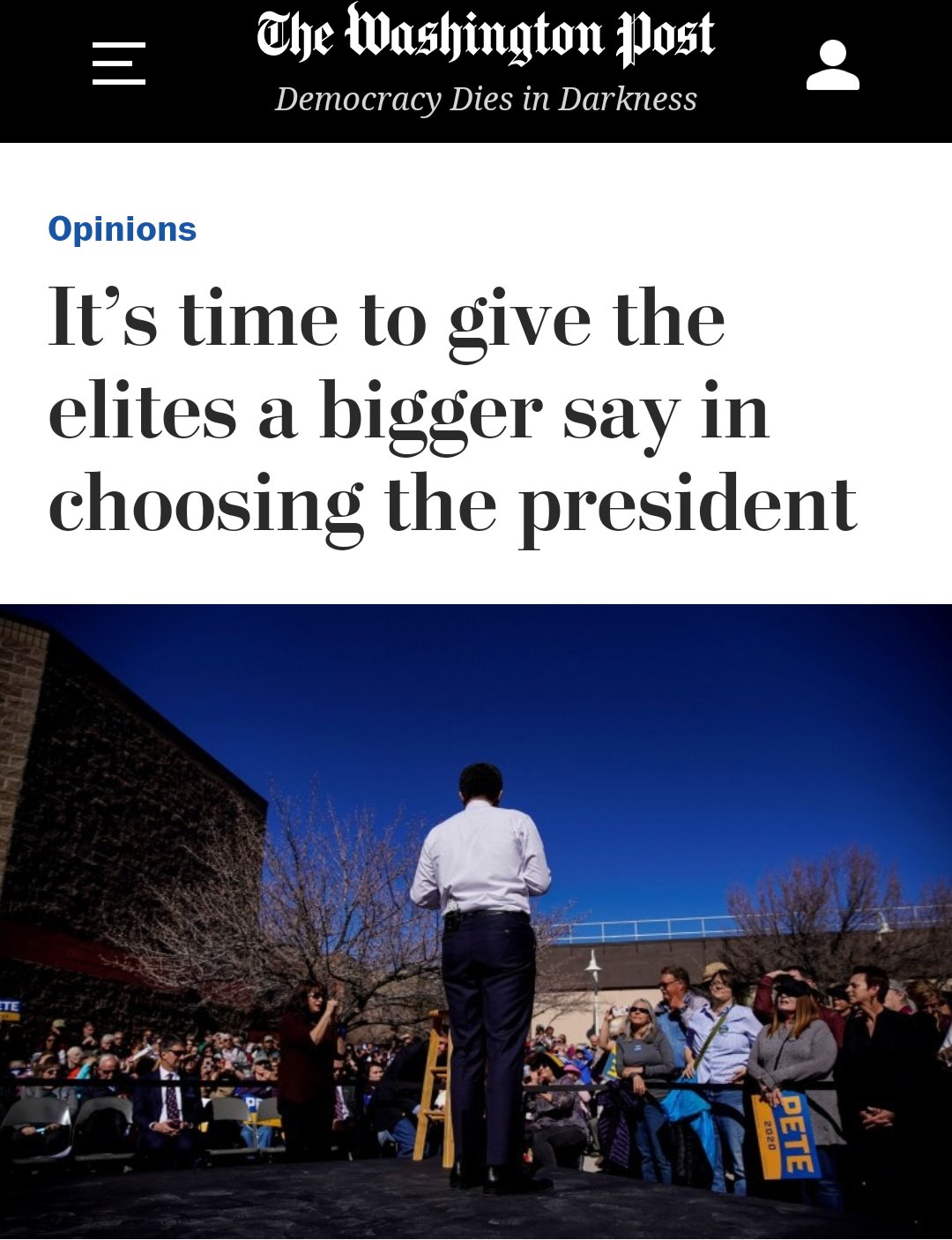 “One lesson from the 2020 and 2016 election cycles is that a lot of candidates, many of whom are highly qualified and attract substantial followings, will inevitably enter the race. The system as it works now — with a long informal primary, lots of attention to early contests and sequential primary season that unfolds over several months — is great at testing candidates to see whether they have the skills to run for president.”

“What it’s not great at is choosing among the many candidates who clear that bar, or bringing their different ideological factions together, or reconciling competing priorities,” Azari continued. “A process in which intermediate representatives — elected delegates who understand the priorities of their constituents — can bargain without being bound to specific candidates might actually produce nominees that better reflect what voters want.”

Azari then suggests preference primaries, a process by which voters would rank candidates they prefer, but that elites would ultimately decide moves forward to the nomination.

“Preference primaries could allow voters to rank their choices among candidates, as well as to register opinions about their issue priorities — like an exit poll, but more formal and with all the voters,” Azari wrote. “The results would be public but not binding; a way to inform elites about voter preferences.”

“The point is to build a way for party elites to understand what their base is thinking, and to allow them to bargain so that these different preferences and priorities can be balanced.”

The sick irony of a newspaper whose motto is “Democracy Dies In Darkness” suggesting a less democratic process of choosing a presidential nominee was not lost on social media by those on the left and right.

It's ironic how they have "democracy dies in darkness" right above their pitch for less democracy. https://t.co/t7RwEtNWcM

>"Do people actually want more Democracy in their lives" pic.twitter.com/p7fPf5dFVX

The Democrats are losing their minds trying to rig this election. See the Bezos/Amazon Washington Post headline below. 🤡

It’s time to give the elites a bigger say in choosing the president – The Washington Post https://t.co/F6GZe2FmJg

Bloomberg has managed to evade the democratic process of the first four primaries, and is completely self-funding his campaign regardless of his popularity among the party.

Additionally, the DNC changed its primary rules to allow Bloomberg to participate in the Nevada debate after receiving a cash infusion of $800 million from the billionaire candidate.

Democracy doesn’t die in darkness — it dies in plain sight.

Farmers, mechanics — Bloomberg hates them all. He thinks they’re stupid. And replaceable.