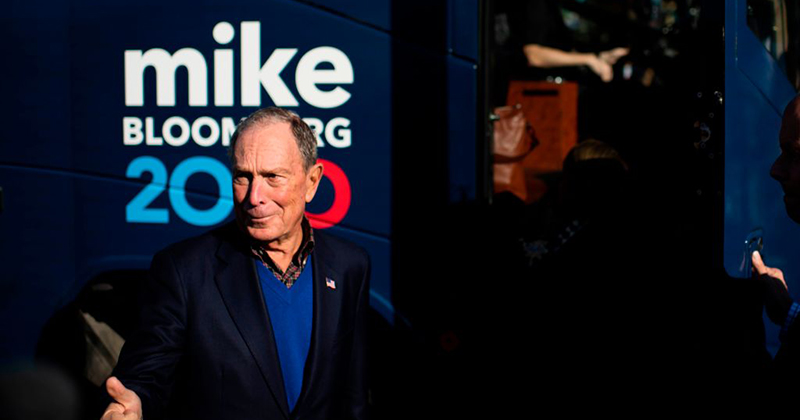 US presidential candidate Michael Bloomberg told Reuters he is ready to spend much of his vast fortune to oust Republican President Donald Trump from the White House in 2020.

Bloomberg is rejecting criticism from rivals for the Democratic nomination that the billionaire is trying to buy the US election.

Ranked by Forbes as the eighth-richest American, Bloomberg has flooded US airwaves and social media feeds with messages that he stands the best chance to beat Trump, spending more on campaign ads since he launched his campaign in November than his main Democratic rivals have over the last year.

“Number one priority is to get rid of Donald Trump. I’m spending all my money to get rid of Trump,” Bloomberg told Reuters aboard his campaign bus on Saturday (Jan 11), during a nearly 483km drive across Texas, one of the 14 states that will vote on Super Tuesday on Mar 3.

“Do you want me to spend more or less? End of story.”

Constitutional attorney Norm Pattis joins The Alex Jones Show in-studio to expose the manipulations of the justice system to serve those in power.

US Senator Elizabeth Warren, one of the leading Democratic presidential contenders who has vowed to get money out of politics, blasted Bloomberg when he launched his campaign with a US$37 million TV advertising blitz, accusing the former New York City mayor of trying to buy American democracy.

“These are just political things they say, hoping they catch on and they don’t like me doing it, because it competes with them, not because it’s bad policy,” Bloomberg said.