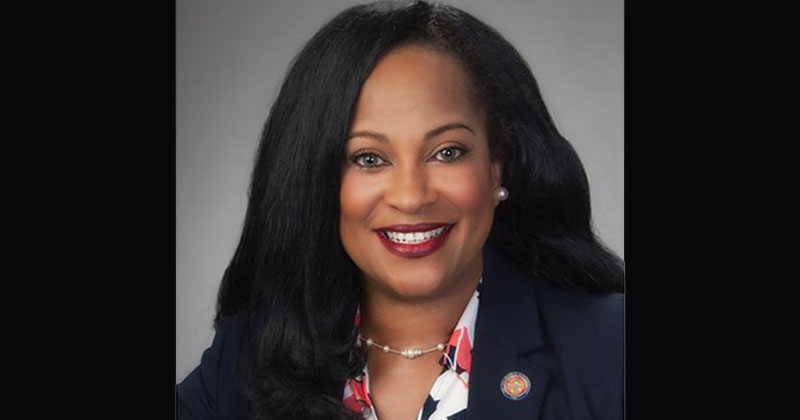 A Democrat congresswoman claimed that President Trump should be charged with “crimes against humanity” for his remarks about the drug hydroxychloroquine during a White House press briefing Sunday.

I can’t take it anymore. I’ve been to The Hague. I’m making a referral for crimes against humanity tomorrow. Today’s press conference was the last straw. I know the need for a prosecution referral when I see one. https://t.co/XQin24gqY4

“Today’s press conference was the last straw. I know the need for a prosecution referral when I see one.”

Trump had said that hydroxychloroquine could be a good last resort if patients were faced with death.

The FDA gave emergency authorization for treatment of hydroxychloroquine as growing evidence suggested the drug may be effective at treating coronavirus symptoms.

And the majority of doctors in Italy, France, Spain, Brazil, and Mexico have been prescribing hydroxychloroquine to coronavirus patients in recent weeks. As of this writing, Italy and Spain have reported drops in new cases and deaths.

But because Trump supports these efforts, the media and the Democrats are now determined to demonize hydroxychloroquine at every step.

Michigan Governor Gretchen Whitmer (D) initially banned the use of the drug in the state, even telling doctors to “ignore physician orders for this medication,” reversed course and asked for shipments of the hydroxchloroquine as Detroit and other metro areas spiked with coronavirus cases.

The media has also been constantly disparaging Trump for daring to suggest the drug has promise in coronavirus patients, claiming he’s trying to make money off of it or blaming him for the death of a man who tried to drink fish tank cleaner, which contains a chloroquine variant.

Trump Derangement Syndrome has gotten so bad that the left has resorted to preventing Americans from getting potentially life-saving treatment to “get Trump.”