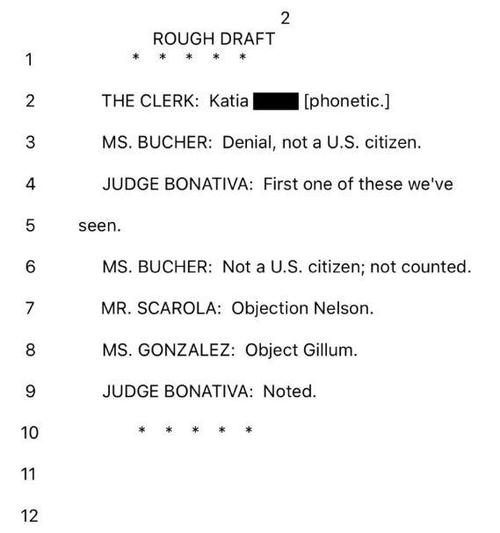 If there’s one overriding lesson to be learned from the ballot-counting debacle in Broward and Palm Beach Counties, it’s that, if you’re trying to ensure an accurate vote count in Florida, then you’re a racist.

That theme, which Florida Congressman Matt Gaetz learned this lesson the hard way when a liberal group employed the r-word in response to Gaetz’s attempts to figure out exactly what is going on in Broward County.

And soon, trying to exclude votes cast by non-citizens could be construed as racist, because, in a shocking report culled directly from an unofficial transcript from the review of provisional ballots in Broward County, lawyers for Democratic candidates Andrew Gillum and Bill Nelson – who narrowly lost their bids for governor and senator, respectively – can be heard trying to stop a ballot cast by a non-citizen from being excluded from the official count. The ballot review was held earlier this week, before Florida’s Secretary of State ordered the recount on Saturday.

Michael Barnett, the chairman of the Palm Beach County Republican Party, vouched for the validity of the transcript to the Federalist, which published the report.

Barnett told The Federalist that several Republican lawyers overheard the discussion during a back and forth between the canvassing board and attorney’s from the Gillum and Nelson campaigns.

“I would think this is something we could all agree on – that non-citizens shouldn’t vote, but evidently that’s not the case with Democrats,” Barnett said.

“It’s really sad that we are having to deal with this in a close election. It just goes to show the depths they will go to in order to win.”

The ballots were being reviewed after Broward County’s results showed significantly fewer votes than other races on the ballot, 25,000 to be exact. Election officials scrambled to add early in-person votes – including a “mystery” truckload of ballots – that, as fate would have it, increased the totals for Democrats.

Barnett said that Republicans are closely monitoring the recount as the canvassing boards review the ballots. “We want to make sure the Democrats don’t steal this election.”

Meanwhile, Gillum, who conceded to his Republican opponent Ron DeSantis on Tuesday night, has decided to withdraw his concession and fight to “count every vote.”

I am replacing my earlier concession with an unapologetic and uncompromised call to count every vote.