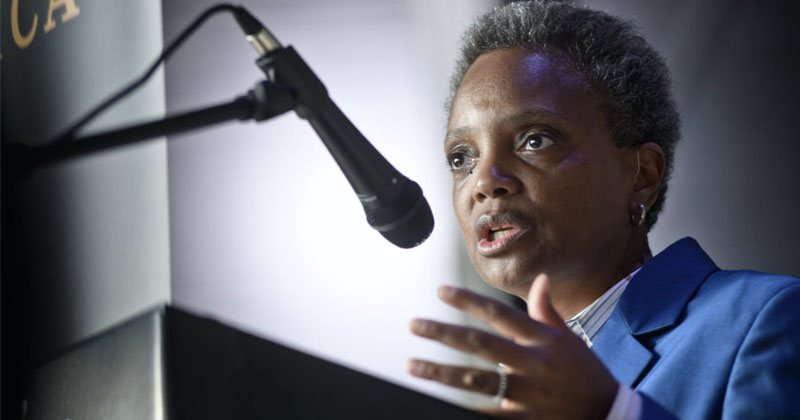 The mayor of Chicago, Lori Lightfoot, said that the city was to ban ICE from accessing police databases in the city, according to Breitbart.

The news comes after reports of potential raids set to take place in more than 10 U.S. cities on Sunday.

The mayor said about the city’s police: “They will not team up with ICE to detain any resident. We have also cut off ICE access from any CPD databases and that will remain permanent. Chicago is and will always be a welcoming city that will never tolerate ICE tearing our families apart.”

Police spokesman Anthony Guglielmi confirmed that the city’s Citizen and Law Enforcement Analysis and Reporting database will not be available to ICE officials.

He stated: “All other federal agencies still have access to these systems, as sharing this information is crucial to active criminal investigations in which we are partnering with federal agencies along with intelligence sharing functions that are vital to national homeland security functions.”

So illegal immigration is no longer “criminal”?

Sunday’s raids are set to target 2,000 illegal immigrants. Last month, Trump called off a similar effort after details leaked to the Washington Post. It was suggested that Acting DHS Secretary Kevin McAleenan was responsible for the leak.

A recent Harvard/Harris survey shows a majority of Americans back plans to deport illegal aliens if Congress fails to act.

Alex Jones breaks down how the far-left fringes of the Democrat Party are pushing to become mainstream, by any means necessary, even if it means eating their own allies. The current course for Alexandria Ocasio-Cortez to feast upon: Nancy Pelosi.