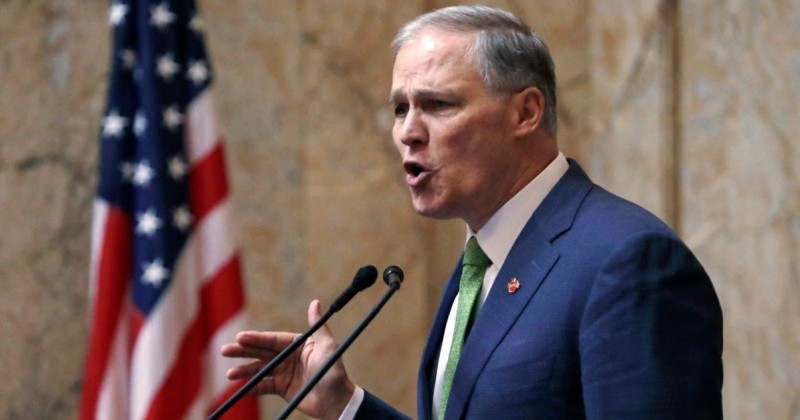 The Democratic Governor of Washington State believes there is one person to blame for an incident in which a far-left activist tried to firebomb an ICE facility; President Trump.

Governor Jay Inslee was responding to the attack, during which 69-year-old Willem Van Spronsen, who was armed with a rifle, was shot dead after throwing Molotov cocktails at the building and nearby cars.

Van Spronsen was an Antifa activist and reportedly wrote a manifesto explaining the motives behind the attack.

However, according to presidential candidate Inslee, President Trump is to blame.

This statement from @GovInslee is just crazy. He sounds more concerned for illegal immigrants than American ICE agents & police who risked their life. No apology for daily rhetoric from his party that demonizes ICE officials. He basically excuses the attack as driven by anxiety. pic.twitter.com/uL6oLj98pj

He also tried to deliberately mislead people about the nature of the attack by claiming it is unknown whether Van Spronsen was targeting detainees or staff, when it was established almost immediately that the incident was an anti-ICE attack.

“We don’t know the motivation,” Inslee told CNN Saturday. “I’m going to keep an open mind about this as the investigation proceeds and I hope that calm can be the order of the day.”

Inslee again suggested that Trump was to blame for the attack for creating “anxiety” in the community.

That explanation is certainly more accurate than blaming President Trump, which is patently absurd.