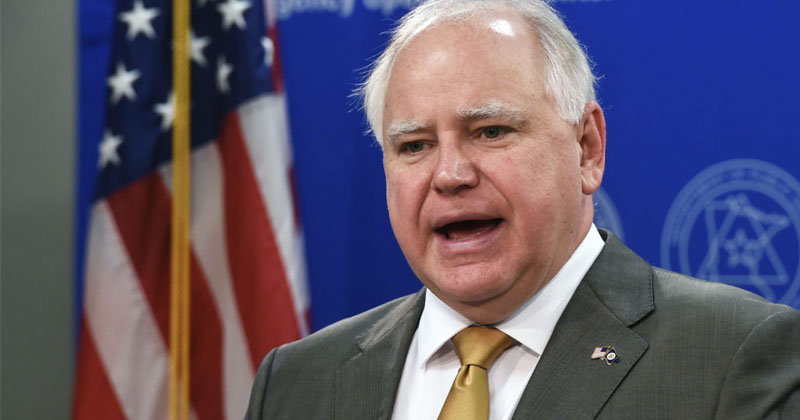 Democratic Minnesota Governor Tim Walz on Friday night appeared to try and shift the blame for the relentless riots in his city onto “white supremacists.”

“These folks will blend in.”


“When asked by a reporter if Walz was aware of rumors that white supremacists had joined some of the looting he said, ‘My suspicious and what I’ve seen on this, yes,'” NBC News reported.

Somehow, @CNN will find a way to blame “white supremacists” for this. Just wait. https://t.co/GPcKNIUTdU


When you look at these protests you may see Black Lives Matter, antifa and liberal white women but when Gov Walz looks at them all he sees is “white supremacists.”

Rioters open, climb in & throw boxes out of UPS truck trying to avoid protest in #Minneapolis


Check out these white supremacists trying to break into an ATM:

Looters try to break into a @WellsFargo ATM in Minneapolis. #antifa #BlackLivesMatter pic.twitter.com/ustOl5Gl2s


And here they are looting and ransacking an Office Depot:

Inside a ransacked Office Depot. pic.twitter.com/zpSlYQXgeQ


Don’t forget how they were filmed breaking into cash registers at Target!


These riots were the purest expression of white supremacy!

Mohamed Noor was MPD’s first Somali cop who shot and killed a white woman who called police for help. pic.twitter.com/I2VxGOi56h

The Minneapolis 3rd Police Precinct was set on fire on Thursday night. pic.twitter.com/J6vjZKoCeQ

Raw footage of the George Floyd Murder and Minneapolis Riots.