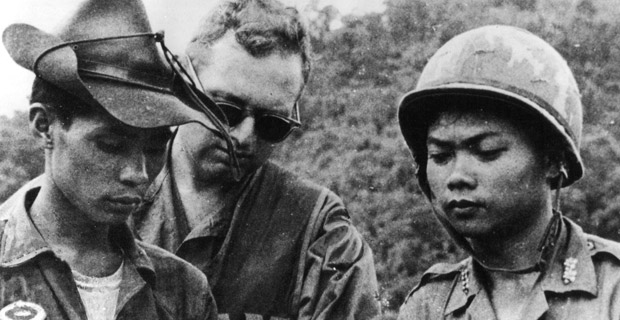 Senate Democrats are standing behind Obama and his “limited plan to reengage in Iraq” in a declared effort to prevent the country from falling to ISIS fanatics trained by the U.S. government.

Officials told Politico targeted military strikes against ISIS in Syria are also “on the table.”

Democrats consider the former al-Qaeda affiliate a threat to U.S. national security. “We have to think about our national security interests first and foremost and from my perspective ISIS is a national security threat,” said New Jersey Democrat Sen. Bob Menendez, the chairman of the Foreign Relations Committee.

“I support President Obama’s decision to deploy a very limited number of advisers to Iraq for a non-combat training mission. This decision gives America the flexibility to take precise action against threats to our national security and keeps Iraqi authorities accountable for maintaining the security of their own country,” said Democrat Senate Majority Leader Harry Reid.

Reid made his comment after Obama said "we will be prepared to take targeted and precise military action, if and when we determine that the situation on the ground requires it."

“Under the existing authorization for the use of force, I think they have that [power],” said Hoyer.

Other Democrats were more reluctant. “I certainly believe that the president always has to get congressional approval,” said Sen. Tim Kaine, a member of the Foreign Relations Committee. “If there’s an emergency, you may need to come back and get a congressional ratification. That’s the way the process is supposed to work.”

“If he’s asking for any sustained authorization, he’s got to go Congress. I think the Iraq AUMF is functionally obsolete,” added Connecticut Democrat Senator Chris Murphy.

Since the end of the Second World War the United States has deployed thousands of military advisers around the world. The Pentagon sent advisory personnel to Vietnam, Central America, Korea, Haiti, Bosnia, Afghanistan and other countries.

Between 1955 and 1960, the U.S. between 750 and 1,500 military advisors assisting the Diem government in South Vietnam. In 1961, the Kennedy administration increased this number to 3,200 advisors. Following the Gulf of Tonkin false flag in 1964 and an overwhelmingly passed joint House and Senate resolution, the Johnson administration began a full-scale war in Vietnam. In 1965 there was 200,000 troops in Vietnam and by 1968 more than 500,000 were committed.