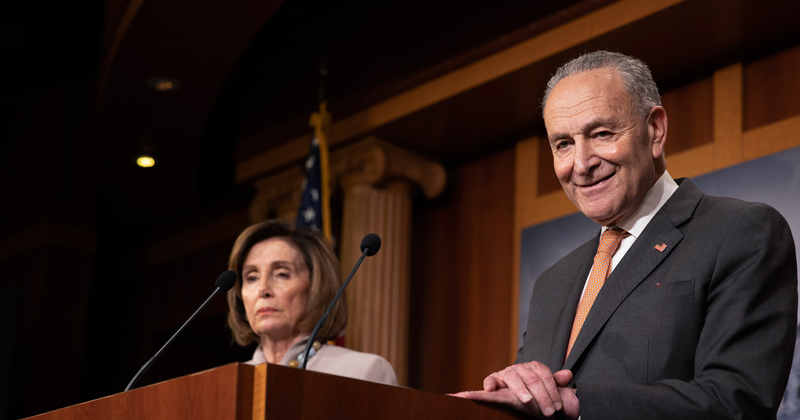 As the country slips into economic chaos, Democratic gatekeepers to a $1.8 trillion stimulus package have made several demands which have nothing to do with coronavirus before they’ll sign off on the legislation.

Benson then directs our attention to a Thursday article from The Hill, in which House Democrats indicated that they wanted to go “bigger and broader than the already massive economic stimulus package offered by Senate Republicans to blunt the coronavirus pandemic.

“This is a tremendous opportunity to restructure things to fit our vision,” said Majority Whip James Clyburn (D-SC) on a Thursday conference call with over 200 members of the House Democratic caucus.

Senate Majority Leader Mitch McConnell (R-KY) is not a fan.

“Anything that doesn’t address that pandemic, it seems to me, should not be considered,” he said.

What do Airline Emissions have to do with #CCPVirus

A re-vote on the package is expected on Monday at noon.