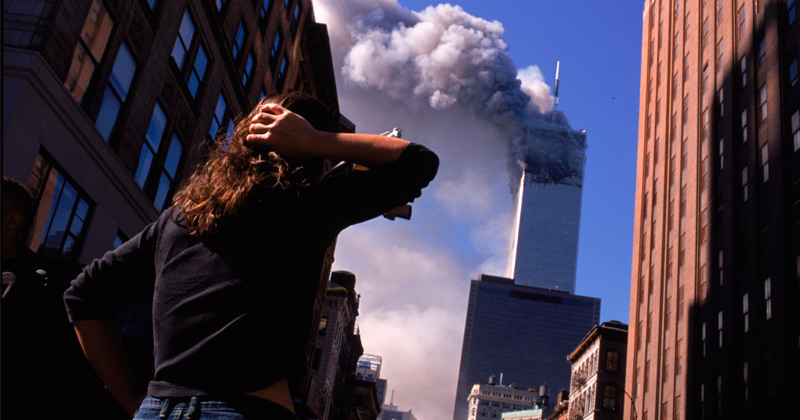 As the U.S. coronavirus death toll exceeds 3,000, Democrats and the mainstream media want to make it abundantly clear that the pandemic has killed more people than the 9/11 terror attacks — and that it’s all President Trump’s fault.

Democrat operatives and members of CNN, MSNBC, Al Jazeera, The Atlantic, and others all made the false equivalence between a deadly pathogen from China and a radical Islamic terrorist attack on Tuesday, claiming Trump is responsible for the COVID-19 deaths.

“The coronavirus death toll in the US has now crossed 3,000, which means it has surpassed the 9/11 death toll (under another reckless GOP president) and also, perhaps more relevantly, the Hurricane Maria death toll in Puerto Rico (also on Trump’s irresponsible watch),” tweeted Al-Jazeera’s Mehdi Hasan.

The coronavirus death toll in the US has now crossed 3,000, which means it has surpassed the 9/11 death toll (under another reckless GOP president) and also, perhaps more relevantly, the Hurricane Maria death toll in Puerto Rico (also on Trump’s irresponsible watch).

More Americans have been killed from coronavirus than were killed on 9/11.

Trump is the biggest pathological liar on the planet.

coronavirus has already killed more Americans than the terrorist attacks by al Qaeda on 9/11 – and is just getting started https://t.co/QmK1RSmgUE

American deaths from the coronavirus now exceed American deaths from 9/11. This is no big deal, according to the people who spent every day since 9/11 exploiting it for their purposes while being contemptuous for the communities directly affected by it. https://t.co/qyX69twdJW

On the day the US death toll from coronavirus passed that of 9/11, the president of the United States told a reporter she should be congratulating him.

Foreign Policy: “It’s more glaring than Pearl Harbor and 9/11—and it’s all the fault of Donald Trump’s leadership.” https://t.co/3lKzFy6yiB

Live updates: More people have died in the U.S. from the coronavirus than in the 9/11 attacks https://t.co/yhmqk6QRGf

I hope that means we’ll spend the next ten years fighting a war for public health & against climate change & poverty…like we launched a global #WaronTerror after 9/11.

We could save lives, rather than take them.

Of course, many picked up on the false equivalence fallacy of comparing a virus pandemic to a terrorist attack.

My reply to “COVID-19 has killed more Americans than the 9-11 attacks.”

So what? So did the swine flu – four times as many. You can’t examine disease and terror attacks under the same lens.

If one uses the left’s logic, that would mean former President Obama is responsible for the 12,000 American deaths from swine flu during his tenure.

How does it compare to the swine flu?

I truly don't understand why people are comparing a pandemic to 9/11???

Yes. There are a lot of things that have killed more people than a horrific singular terrorist attack. This is bizarre. https://t.co/7LlmJ7wl8k

The left thinks they can pin 3,000 deaths on Trump because of a virus, apparently not realizing that viruses like the common flu kill between 12,000 and 61,000 people annually, according to the CDC.

Is the blood from 40,000 car accident deaths annually also on Trump’s hands? How about the 610,000 deaths from heart disease?

It’s clear the spread of the virus is ultimately the fault of Communist China, but once the virus reached American shores, all Trump could do is mitigate the spread, which his administration has been doing while Democrats and liberal health officials were calling for Americans to mingle in large crowds.

The rotting corpses handling the levers of power in the District of Criminals are still diverting their own hoax nonsense.