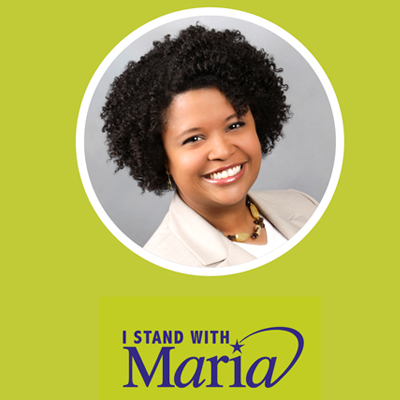 Leftists are signing a petition in support of a Missouri state senator who hoped President Trump will be assassinated.

The petition website IStandWithMaria.com appeared almost overnight after Maria Chappelle-Nadal made international headlines for her now-deleted Facebook post in which she said “I hope Trump is assassinated!”

“We, as constituents and community members and people who feel the same frustration with our current political landscape stand with Senator Maria Chappelle-Nadal,” the site states. “We know that there is a huge difference between saying that someone hopes Donald Trump is assassinated and someone calling for his assassination.”

As if a state senator hoping for the murder or a duty-elected president is even defensible, but that just comes to show you how delusional the more authoritarian elements of the left have become.

Could you imagine their outrage if a state senator had said the same thing about Obama?  Remember how rabid they were when a rodeo clown dressed up as the former president back in 2013.

It’s also pretty much a given that anyone who signs the petition is going on a Secret Service watch list.

Chappelle-Nadal is facing massive backlash for her post, with many of her constituents calling for her resignation.

In response, she said she wished she had “reframed” her statement.

“Out of anger and frustration, I said something that could have been reframed,” Chappelle-Nadal stated. “And I refuse to shy away from the hypocrisy and chaos our country is enduring under Trump.”

But advocating violence as the solution adds to the chaos.

“All sides need to agree that there is no room for suggestions of political violence in America — and the Missouri Democratic Party will absolutely not tolerate calls for the assassination of the President,” said Stephen Webber, the party’s chairman.