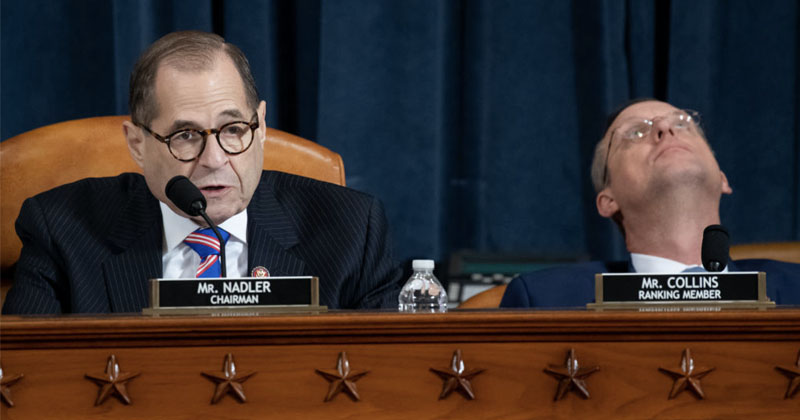 Rep. Doug Collins (R-Ga.), the ranking Republican on the committee, motioned “require the attendance of chairman Schiff before this committee and translate this letter accordingly,” but the request was immediately tabled along party lines before a vote could be held.

Collins has said that Schiff is a “first and foremost witness” given his previous interactions with the Ukraine “whistleblower” and Schiff’s comparison of his own role to a special counsel’s.

“He’s compared himself in the past to a special counsel,” Collins said Sunday. “Well, if we go back to Clinton, and even back to Nixon, but in Clinton, Ken Starr was the special counsel. He presented a report that we’re going to get as Judiciary. He came and sat and testified under oath and took questions from all sides including the White House.”

“Adam Schiff has been the author of many things, a lot of them found to be false over the past couple years, but he’s going to be the author of this report,” the Georgia Republican added, referring to the House Intelligence Committee Democrats’ 300-page impeachment report released Tuesday.

The House Judiciary impeachment hearing will include testimony from four constitutional law professors, three of whom were called by Democrats.

Judiciary Committee Chairman Jerry Nadler has already indicated he would support drafting articles of impeachment, which would then be voted on by the full House.