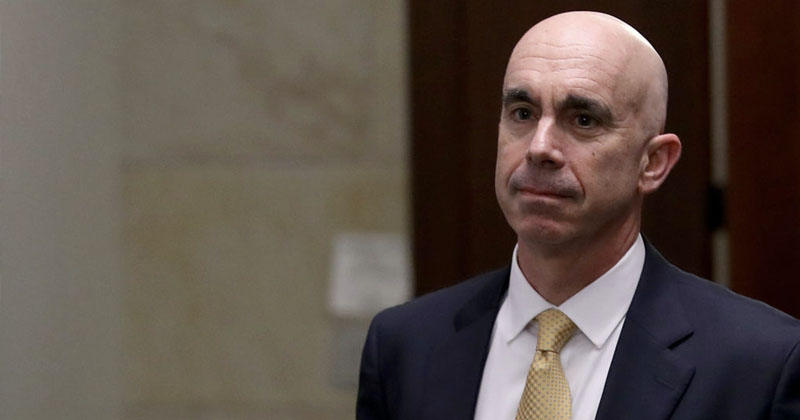 Two Democrat-led committees on Capitol Hill have launched a fresh investigation into President Trump. This probe focuses on allegations that Trump fired a State Department employee for political reasons.

Trump informed Congress on Friday that he intends to fire State Department Inspector General Steve Linick, claiming he “no longer” had confidence in him.

Today I launched an investigation into President Trump’s firing of State Department Inspector General Steve Linick. @SenatorMenendez and I requested that administration officials preserve all records related to the firing & turn info over to the committees by Friday, May 22. pic.twitter.com/vUtHhgjERG

The two Democrats wrote that Linick was in the process of investigating State Secretary Mike Pompeo for some non-specific “wrongdoing.” Pompeo, they claimed, instructed Trump to sack Linick.

Trump may have had other reasons to fire Linick. A holdover from the Obama administration, Linick came forward last October with a mysterious dossier, which allegedly revealed an effort by Trump lawyer Rudy Giuliani to push the State Department to investigate Joe Biden’s business dealings in Ukraine.

Coming after the initial intelligence community whistleblower complaint that kickstarted the impeachment drive against Trump, the dossier was briefly hyped by the media as an impeachment “bombshell.” However, Rep. Jamie Raskin (D-Maryland) – who received the dossier – said it raised “more questions than it answers,” and contained nothing “directly relevant to the president’s impeachable conduct.”

When Trump was eventually acquitted by the Senate, he fired star witnesses Lt. Col. Alexander Vindman and EU Ambassador Gordon Sondland. That the president would remember Linick’s role in the impeachment drama is certainly not beyond the realms of possibility.

Engel and Menendez have requested that the Trump administration turn over all documents related to Linick’s firing by May 22. Until then, the precise details of the firing, and Trump’s motivations, remain a mystery.