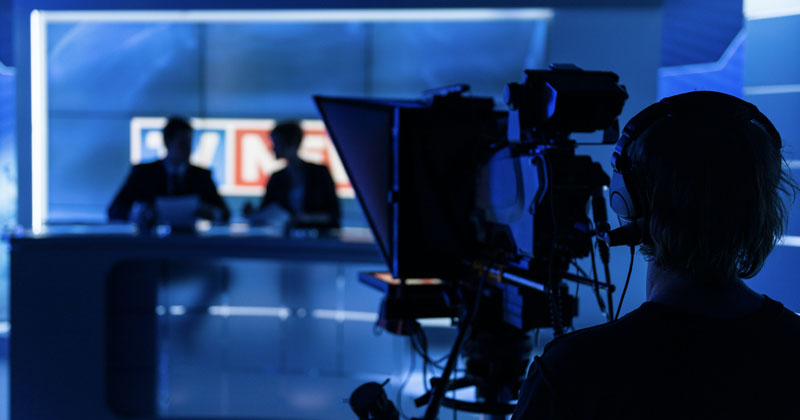 A handful of Obama-era advisers and former journalists have launched a multi-million dollar ‘media’ platform mimicking real local news, to push a liberal agenda and spread anti-Trump content ahead of the 2020 vote.

For the Democrats, making sense of their loss to Donald Trump in 2016 has not been a straightforward issue. While hysterically laying blame on external actors, such as Russia, has been a convenient narrative, it has likely begun to dawn on these same Democrats that, at the end of the day, constantly blaming someone else is never going to win you an election.

Not to worry. Tara McGowan, the Democrats’ “most dangerous digital strategist,” has come up with a plan to counter Trump. However, in McGowan’s eyes, addressing the problem posed by Trump requires the same shady tactics allegedly employed by Trump, which Democrats have spent years decrying.

McGowan is the founder of a non-profit called Acronym, which launched in 2017 to assist Democratic candidates to better access digital marketing tools for their campaign. Acronym has launched various projects since then, the newest of which is called Courier Newsroom. With $25 million-worth of funding, Courier Newsroom has a plan to swing key voter states against Donald Trump in the upcoming election.

How? By building a national network of local media outlets which look and sound just like our traditional local newspaper outlets, yet with one key difference: McGowan has designed them to propagate information and news narratives that promote the Democrats.

No, this is not the hysterical ramblings of some rightwing nutjob living in his parents’ basement. If you go to Courier’s website, its top story at the time of writing was entitled: “How can we save our democracy? Start with local news.”

Once the local news has begun reaching the hearts and minds of local people, McGowan will then use Facebook’s algorithms to claim back America’s dissipating democracy. The strategy is to pay to have these articles target Facebook feeds of swing-state users identified as being likely to respond, and then build on that audience to find people with similar political views.

For those of you who had no idea, political campaigns create databases about voters, storing crucial information such as where a voter is registered, how often they vote, their party affiliation and their relevant contact details. These files can then be uploaded to Facebook and political campaigns can begin targeting them. McGowan is proposing to heavily utilize this model for the sake of the Democrats’ political future.

The problem has been aptly explained by Bloomberg who stated that “nothing alerts readers that Courier publications aren’t actually traditional hometown newspapers but political instruments designed to get them to vote for Democrats.”

One of the advisers to Acronym is a former employee of Facebook, who says that political adverts should be fact-checked and openly stated that “I think Trump should not be our next president.”

Acronym’s Board of Directors also includes David Plouffe, manager of Barack Obama’s 2008 campaign and a former key adviser in 2012. Meanwhile, Plouffe also has a role leading policy and advocacy efforts of the Chan Zuckerberg Initiative, a non-profit launched by the Facebook founder and his wife, which focuses on education, justice and science initiatives.

McGowan herself is a former journalist who worked for CBS News. She then became the press secretary for US Senator Jack Reed, before landing a role as the digital producer for Obama’s re-election campaign in 2012. Supposedly, she has a tattoo of Obama’s campaign slogan “Yes We Can” on her left arm, where he signed it.

Acronym has been accused of operating as a dark money group, even by the corporate media. Given it has raised significant sums of money, it has classified itself as a 501(c)(4) political non-profit organization to avoid disclosing the donations it receives, and the fact that it oversees a whole selection of for-profit companies beneath it, one would have to think this allegation is quite well-justified.

Seriously, Acronym even has an article on its page that suggests people should “dabble” in the “dark arts” and edit Wikipedia entries to paint their political opponents in a negative light by adding sentences like “A candidate known for his proximity to X scandal.” The irony of course, being that, at some stage, I had to gloss over McGowan’s Wikipedia page to confirm some details about her career. Perhaps I had stopped by and dabbled in the dark arts in the process?

“A lot of people I respect will see this media company as an affront to journalistic integrity,” McGowan has said, “because it won’t, in their eyes, be balanced. What I say to them is, Balance does not exist anymore, unfortunately.”

Did balance ever exist? The part of this that truly pains me inside is the fact that, if Trump had lost to Hillary Clinton, no one would be batting an eyelid about this. No one would care that your basic privacy and intellectual data can be manipulated by voter campaigns. No one would care that disinformation has existed in the media for decades (think, for example, the wars in Iraq, Syria and Libya). All of this would continue as normal.

It only makes sense if we decide that defeating Donald Trump is so integral to our survival as a species that we should throw all relevant principles out the window.

As a non-American, I can safely say it makes close to zero difference to the rest of us which of these power-serving parties wins the election. Both sides of this non-existent political coin will bomb Iraq, will threaten to bomb Iran, and will choose to encircle and contain China and Russia with its ever-expanding military presence, pushing us that much closer to a World War III scenario. Both parties will continue gutting the world’s economy and continue covering for the rich and powerful as they become even richer and attain greater power.

The only real difference for some of us is that one is more entertaining to watch than the other.

Lawrence O Donnell had to apologize. A New York Times journalist recently invoked his totalitarian oversight on a Twitter user for insulting him.