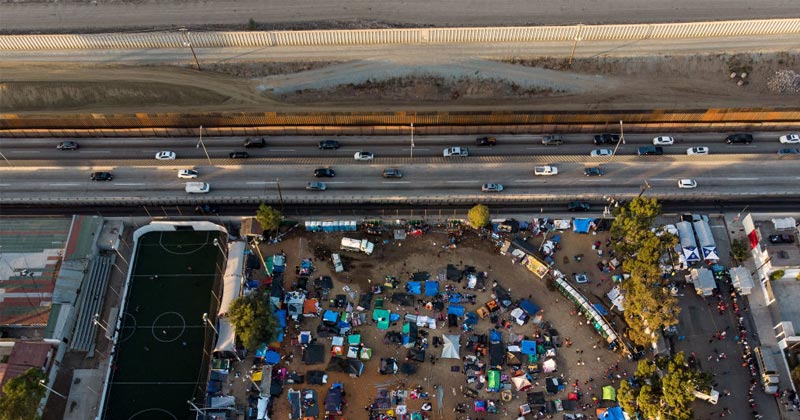 A proposed Democratic Party platform would permanently open the US borders by giving asylum to all migrants across the world.

The platform, known as the Biden-Sanders Unity Task Force Recommendations, would also provide a ‘pathway to US citizenship’ for all aliens living in the US in addition to opening up the country to hundreds of millions of migrants.

“The massive expansion of illegal and legal immigration — in addition to the hundreds of thousands of illegal aliens and more than 2.5 million legal immigrants and foreign workers added to the U.S. population every year — would come as more than 35 million Americans are unemployed or underemployed,” Breitbart reported. “An amnesty for all illegal aliens, expansion of asylum, more refugee resettlement, and continued admissions of employment-based green cards would mean tens of millions more foreign nationals for whom unemployed Americans would have to compete for jobs against.”

The platform is an attempt to heal the rift between Biden and Sanders supporters in the party, although it risks alienating voters in general, many of whom believe the government should have more control over its borders.

The plan follows a 2001 UN strategy which claims that mass migration to the West is needed to maintain “many established economic, social and political policies and programmes.”

In the most extreme case for the United States, the strategy states that “it would be necessary to have 593 million immigrants from 1995 to 2050, an average of 10.8 million per year.”

“By 2050, out of a United States total population of 1.1 billion, 775 million, or 73 per cent, would be post 1995 immigrants or their descendants,” adds the strategy entitled Replacement Migration: Is It a Solution to Declining and Ageing Populations?