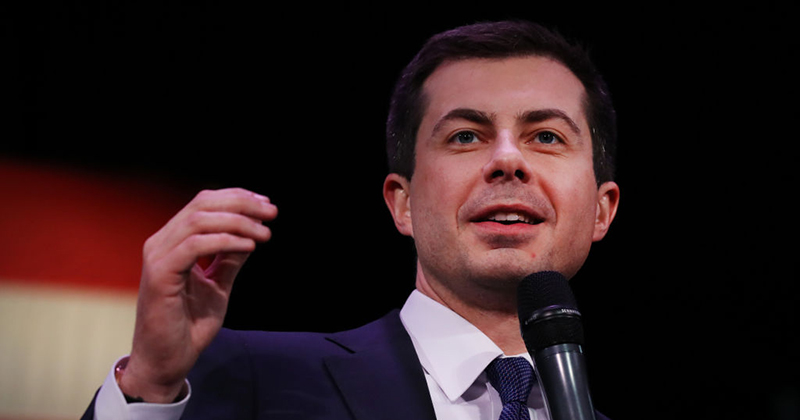 This election is more fraudulent than anything out of any third-world banana republic.

The Iowa Democratic Party decided on Tuesday to release only 62 percent of the Iowa caucus results, which was evidently just enough to make it look like Pete Buttigieg, aka “Mayor Cheat,” was in the lead.

BREAKING: The Iowa Democratic Party has released 62% of its caucus results.

Pete Buttigieg leads with about 27% in the State Delegate Equivalent count.

Bernie Sanders follows with about 25%.

Vermont Sen. Bernie Sanders is second, with about 25% of delegate equivalents.

Sanders has slightly more raw votes than Buttigieg, 28,220 to 27,030, but remember: The state delegate equivalent count is what’s used to determine the winner. (The full results can be found in the graphic atop this page.)

A shady firm named “Shadow” which was paid by both the Iowa Democratic Party and Pete Buttigieg’s campaign reportedly developed an app said to be responsible for the delayed election results in the Iowa caucus.

To recap: Buttigieg’s team got the final poll which showed him in third and Bernie in first canceled, had the election results delayed massively thanks to a shady firm literally named “Shadow” that his team paid over $40,000 to and had other strong ties with his campaign, declared victory with zero percent of the vote in at 12:24 AM EST on Tuesday morning and now the Iowa Democratic Party released only 62% of the vote to make it seem like he won.

At least in a third-world s-hole the people all know their elections are a sham. Our controlled media is actually trying to play this off as legit!

Chuck Todd said Tuesday on MSNBC that “not winning here” is likely a “small disappointment” for the Sanders campaign and puts “pressure” on his campaign as “finishing second was the minimum they could do.”

He also claimed the results are “suddenly an opening for Michael Bloomberg.”

Chuck Todd: "New Hampshire … is suddenly a little more important than we expect it to be." pic.twitter.com/HFTh7RZoTA

JUST IN: In New Hampshire, cheers erupt at a campaign event as Pete Buttigieg announces that the early data from the Iowa caucuses shows him at the top. pic.twitter.com/u5hV6qhBun

Buttigieg is fake crying on TV:

Mayor @PeteButtigieg chokes up in (possible) Iowa victory speech: “It validates for a kid somewhere in a community wondering if he belongs or she belongs or THEY belong in their own family, that if you believe in yourself and your country, there is a lot backing up the belief.” pic.twitter.com/hFIL6IdgLc

CNN’s Ana Navarro apparently wants us to think she is choking up as well:

This @PeteButtigieg speech is like Chicken Soup for America’s political soul.