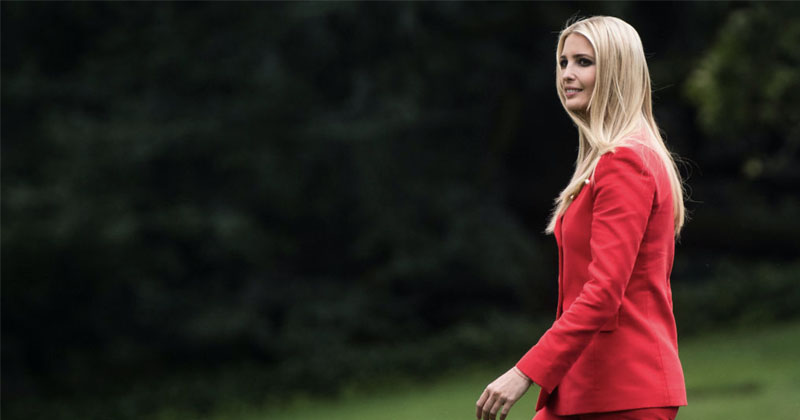 House Democrats are planning to investigate Ivanka Trump’s use of a personal email despite ignoring Hillary Clinton committing multiple felonies by mishandling classified information in her personal email in 2016.

Democrats on the House Oversight and Government Reform Committee, at the behest of Clinton, are planning to look into Trump’s use of personal email to conduct government business while she was transitioning into her position within the Trump administration.

John Kelly must be compelled to explain to Congress why Ivanka & Jared’s security clearances were granted on a permanent basis despite their email practices being known at that time to the White House as running afoul of security requirements. https://t.co/YNx55gLEGS

“While transitioning into government, after she was given an official account but until the White House provided her the same guidance they had given others who started before she did, Ms. Trump sometimes used her personal account, almost always for logistics and scheduling concerning her family,” a spokesman for Ivanka’s lawyer said in a statement Monday.

Though Trump’s use of personal email for government business violated protocol, the scope of the violation pales in comparison to Clinton’s own felony crimes.

Unlike Clinton, none of Trump’s emails contained classified information, all the emails were archived, and she didn’t attempt to delete any of them.

Clinton however, did in fact exchange classified emails on an unusually vulnerable private server meant to avoid FOIA oversight, none of them were archived, she deleted over 30,000 of them, and destroyed materials with a hammer and BleachBit technology despite being under subpoena.

Former FBI Director James Comey ultimately concluded in 2016 that Clinton committed multiple felonies, but said “no reasonable prosecutor” would bring forward a criminal case against her, in an effort to ensure she got the Democrat presidential nomination.

“Democrats would be wise not to bring back the Hillary comparison,” the Washington Examiner‘s Tiana Lowe wrote Tuesday.

“After all, what consequences did Clinton face? She was criticized, yes, and voters passed judgment on her honesty. But she wasn’t prosecuted or even fired – or even denied her party’s presidential nomination. As much as people think of her as a victim now, Clinton really did get away with it.”