Despite an overwhelming number of consumers voicing their desire to know whats in their food, Idaho lawmakers, as well as others, are taking steps toward making sure that never happens.

In the face of states introducing and passing GMO labeling laws that would require the labeling of genetically modified foods, these lawmakers are asking the federal government to make sure there will never be any required labeling, and that all labeling be voluntary.

Republican Sen. Jim Rice from Caldwell told lawmakers that a patchwork of state labeling laws would be too complex for manufacturers and could raise food prices – both being untrue claims. According to Rice and others, this lack of transparency should be standard across the nation, even if states pass mandatory GMO labeling efforts.

The House has already passed the request 41-24 last week.

The Grocery Manufacturers Association, along with allies like Monsanto and Dow, have teamed up on a federal bill that would deny your right to know what is in your food.

This bill, which has been called the “Denying Americans the Right-to-Know Act” (DARK Act), would:

Tell Congress to drop this corporate hand-out of a bill!

Call your Senators and Representative and ask them to help stop this and any similar bill, and to support mandatory labeling of genetically engineered foods!

Look up your Senators and Representative here

A message courtesy of Center for Food Safety, here is something you can say:

“Hello. I strongly want to know what is in the food I buy and feed my family. That is why I support the mandatory labeling of genetically engineered foods. Unfortunately, some Members of Congress want to keep me in the dark by preempting state labeling laws and preventing the FDA from ever requiring labeling. That is why I urge you to oppose the “DARK Act,” an industry-backed bill to block GMO labeling introduced last year by Representatives Mike Pompeo and G.K. Butterfield. Instead, I urge you to support mandatory labeling legislation introduced by Representative Peter DeFazio and Senator Barbara Boxer that would give all consumers the right to know what is in their food.”

The GMA wants voluntary labeling, but that is like asking members of Congress to stop taking bribes – voluntarily. Yeah right. They have tried killing even state’s rights to decide what is in their food, and their right to label genetically modified organisms.

Second, the legislation would create a new legal framework, subject to FDA oversight, governing the use of label claims regarding either the absence of, or use of, genetically engineered food or food ingredients. The legislation would also require FDA to develop Federal definition for “natural” claims on product labels. Given this new legal framework, states would be precluded from imposing any requirements that are not identical to these Federal requirements.”

The GMA will stop at nothing to keep genetically modified foods from being labeled, because they know this will halt the monopolies on seed that Monsanto, Dow, Syngenta, and other companies are currently trying to wield over entire nations, not just our own. 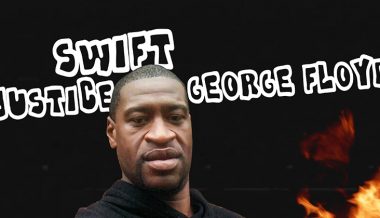 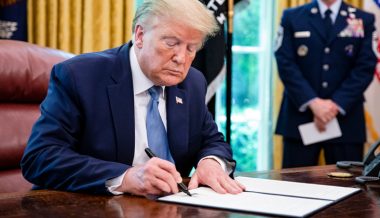