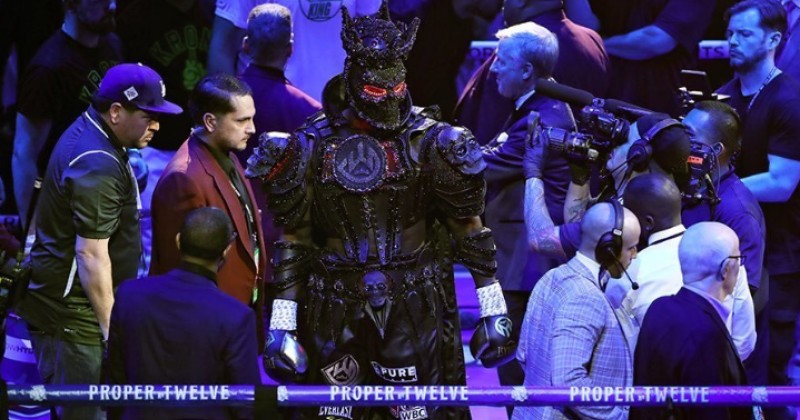 In their highly anticipated rematch, Fury defeated Wilder in the 7th round after a flurry of punches that prompted Wilder’s corner to throw in the towel.

After the fight, Wilder said he had “no excuses” for the defeat, but now blames his ringwalk costume, worn as a tribute to Black History Month, for being too heavy.

Wilder wore a 40-pound armored cape and headgear into the ring but said it sapped his energy before the match even begun.

“Fury didn’t hurt me at all, but the simple fact is that my uniform was way too heavy for me,” said Wilder.

Step One: Tell the ringside interviews that there are no excuses, the better man won on the night.

Step Two: Make up every excuse under the sun in the days that follow. The more pathetic the better. #FuryWilder3 pic.twitter.com/F2dtDfiqEH

“I didn’t have no legs from the beginning of the fight – in the third round, my legs were just shot all the way through. I was only able to put it on (for the first time) the night before but I didn’t think it was going to be that heavy. I wanted it to be good and I guess I put that before anything,” he added.

Wilder made a point of highlighting Black History Month in interviews before the fight.

“They picked the wrong month for this fight to happen,” Wilder told DAZN News. “When I knock ‘The Gypsy Queen’ out, he’ll become a Black History Month trivia question.”

Wilder ended up getting totally dominated by Fury. I guess the trivia question will have to wait.