Deported criminals are more violent after learning how to use semi-automatic weapons while in the United States, said an official from a Maryland company with a workforce that is 60 percent Hispanic.

Myles Gladstone, vice president of human resources at Miller & Long, a concrete construction firm with headquarters in Bethesda, Md., was speaking at a roundtable discussion hosted by the Americans Society and Council of the Americas (ASCA) on Wednesday. The company highlighted its Hispanic Integration Initiative, a project aimed at engaging private sector businesses in helping immigrants assimilate into the workplace.

“The situation, particularly in Honduras, Guatemala and El Salvador is getting worse because of our unemployment here,” Gladstone said. “Because a lot of gang members are being sent back and being deported, and guess what? They’re going back, the difference from when they were there before but now they are going back, they know how to use semi-automatic weapons because they learned up here. And now they are back there and there is no work.”

Gladstone said these criminals are even more dangerous after spending time in the United States.

“They become much more proficient at being criminals after their experience here,” he said.

Gladstone was joined at the roundtable by Susan Minushkin, deputy director of the Pew Hispanic Center, who spoke about the center’s research on the social and demographic characteristics of Hispanics in the United States, including figures that show those living here number 46 million, a population that has tripled since 1980 and is predicted to triple again by 2050.

Christopher Sabatini, senior director of policy at ASCA, said the group’s initiative is designed to bring positive change to a reality that is often portrayed as negative in today’s society.

“The inspiration for this really came about when looking at the current wave of immigration and thinking about our founder, David Rockefeller,” Sabatini said. “When you think about previous waves of immigration in the 19th and 20th century, there are some very large titans of industry – Andrew Carnegie, Henry Ford, the Rockefellers – who really filled a very large role in supporting universities … assimilation programs and the like at a time when no one is really stepping forward in a similar way today.”

Sabatini added that ASCA’s partnering with companies in the private sector, including Northrop Grumman Corporation, Wal-Mart, and the Coca-Cola Company to promote its workplace integration initiative has made it clear U.S. businesses are providing support to immigrant workers.

When asked by CNSNews.com if the businesses taking part in the initiative used the E-Verify program to determine a potential employee’s legal status, two corporate officials responded.

E-Verify (formerly the Basic Pilot/Employment Eligibility Verification Program) is an online system operated jointly by the Department of Homeland Security and the Social Security Administration.

Sabatini said he hoped the discussion would help “what is a very difficult climate today concerning immigration.”

“This is an issue I think we can all agree on, which is that immigrants are here to stay, and we need to find ways to integrate them,” he said. 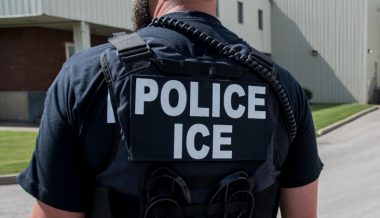 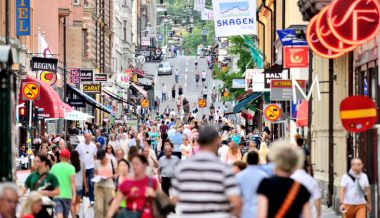