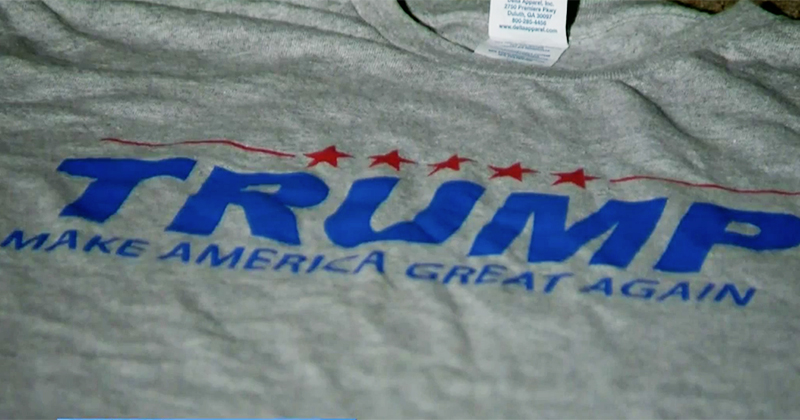 Trump derangement syndrome persists everywhere, with cases of deranged lunacy occurring all over the country and beyond. The latest of note came in Houston, Texas, where a council woman was charged with a misdemeanor for screaming vulgarities at a teenage girl wearing a Trump ‘MAGA’ t-shirt.

Kellye Burke, a City of West U council member as well as a volunteer for the anti-gun group Moms Demand Action, has been charged with a class C misdemeanor disorderly conduct charge, according to KPRC news, after she spotted one girl within a group of teenagers who was wearing the Trump shirt, and proceeded to verbally assault the entire group.

The girls were attempting to buy cookies from a store to give them to younger girls at their nearby church, when Burke began her screeching fit.

The report notes that Burke yelled “grab her by the p*ssy girls!” and “MAGA! MAGA!” over and over at the group of young girls.

While they initially laughed off the ranting as that of a crazy lady, the girls became scared when Burke kept yelling at them and started to take pictures.

“They were scared,” the father said. “They were absolutely scared. My little girl essentially wanted to know if this woman was going to hurt her.”

Four teenage girls were in line at a cookie shop when they say @KellyeBurkeTX angrily yelled “grab her by the p**** girls!” and “MAGA! MAGA!” at them while shaking her fist. One of them had on a Trump shirt. Girls left without responding. “They were terrified,” one father says.

To avoid any potential conflict of interest, the case was referred by West U police to Harris Co pct 1 Constable’s office, who filed class C misdemeanor disorderly conduct charge against Burke. Girls involved and their families do not want to be identified, fearing retaliation.

The reporter noted that when he attempted to interview Burke at her home, she became hostile, and demanded they go away.

The parents of one of the girls say Burke reached out to them later and apologized. “We accepted her apology,” they said. When we knocked at Burke’s door, she told us to go away.

The child’s father told the reporter that “Adults can’t behave towards children like that, period.”

Nevertheless, the parents have taken the high road and accepted an apology from Burke.

“We accepted her apology,” the father said, adding “I would be just as angry if any parent said this to my child but as an elected official I’ll let her voters handle this matter.”