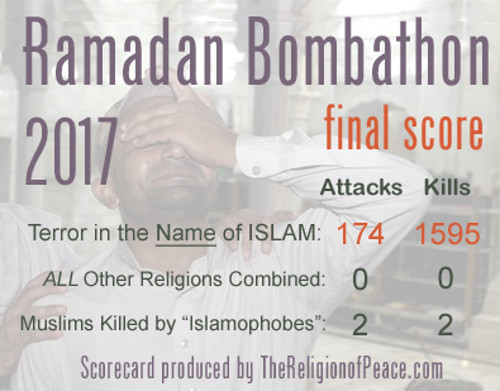 The Council on American-Islamic Relations (CAIR), which was designated a terrorist group by the UAE, has launched an app designed to enable Muslims and other minority groups to report ‘hate crimes’ and ‘incidents of bias.’

In an interview with CNN, CAIR spokesman Ibrahim Hooper claimed that the app, which is called Making Democracy Work For Everyone, is particularly important “during a period of increased hate incidents targeting American Muslims and other minority groups.”

“It has been on the back burner for some time. Its development got accelerated though with the election of Donald Trump,” he said. “It’s on a daily basis now that we are issuing a statement about some hate crime somewhere in the country, some days multiple incidents.”

“One of the reasons we wanted to make the app is because that’s how so many young people access the world, they feel more comfortable using an app than making a phone call sometimes.”

The app’s features include “free advice about an individual’s constitutional rights when contacted by law enforcement or the U.S. Department of Homeland Security, and when facing discrimination in the workplace or at school,” according to the CAIR website, as well as a link to make donations, news and information pertinent to American Muslims, and contact information for CAIR’s national headquarters and local chapters.

CNN cites a supposed spike in hate crime against minority groups in the ‘age of Trump,’ tying the release of the app to last week’s murder of a young Muslim girl in Virginia – but completely omits the fact that it was carried out by an illegal alien from El Salvador who would theoretically never have been in the US to begin with had former President Obama sealed the border.

The left blamed President Trump for this terrible tragedy, just as CAIR is blaming him and his supporters for a rumored rise in ‘anti-Muslim hate crimes.’

Many would argue that there has actually been an increase in hate crimes hoaxes being staged or publicized by leftists and Islamists, the latest of which features a 22-year-old Muslim woman who was arrested last week for setting fire to her own Iowa mosque.

Additionally, real crimes of violence, murder, and rape are coming in waves from Islamists and leftists targeting those whom they oppose and innocent civilians across the West.

The month of Ramadan saw the deaths of 1,595 victims in 174 attacks by Muslims.

CAIR has been identified as a front for the Muslim Brotherhood and a bona fide terrorist organization by the UAE alongside the likes of Hezbollah, ISIS, and Boko Haram.

DiscoverTheNetworks.org has published a fully-cited examination of CAIR’s ties to radical, subversive organizations.