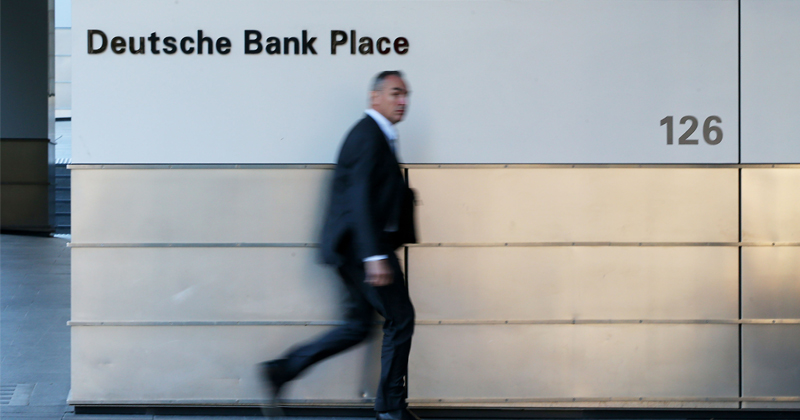 Deutsche Bank has said it will pay $150 million as part of a settlement with New York regulators, after being accused of violating anti-money laundering rules in its relations with the late disgraced tycoon Jeffrey Epstein.

The bank “failed to properly monitor account activity conducted on behalf of the registered sex offender,” the New York State Department of Financial Services (DFS) said in a statement on Tuesday. It added that the financial institution failed to monitor the activity despite having “ample information” about Epstein’s criminal record and the circumstances surrounding it.

Epstein was first convicted of procuring an underage girl for prostitution back in 2008, and US law enforcement has since identified dozens of girls, some as young as 14, whom he allegedly abused. Deutsche Bank worked with Epstein from 2013 onwards and closed his accounts only in 2018 when the financier’s crimes once again fell under the media spotlight.

The bank knew Epstein was a “high risk” client, but still failed to take due effort to monitor his activities, the DFS said, adding that the financial institution “processed hundreds of transactions totaling millions of dollars,” including those between Epstein and his co-conspirators, while ignoring numerous red flags.

“Throughout the relationship, very few problematic transactions were ever questioned, and even when they were, they were usually cleared without satisfactory explanation.”

Now, however, the bank claims that taking on Epstein as a client “was a critical mistake and should never have happened.” The bank also said it conducted internal investigations, which the DFS saw as “exemplary.” It has also reportedly invested more than $1 billion in “training, controls and operational processes” following the scandal.

The agreement marks the first enforcement action taken against a financial institution for dealings with Epstein, the DFS noted.

The billionaire was arrested once again in July 2019 on charges of sex trafficking of minors. He died in his cell a month later under suspicious circumstances, although his death was declared a suicide. He had a decades-long association with British socialite Ghislaine Maxwell, who was arrested by the FBI in late June and is now accused of helping her pedophile “friend” to “identify, befriend and groom” underage girls.