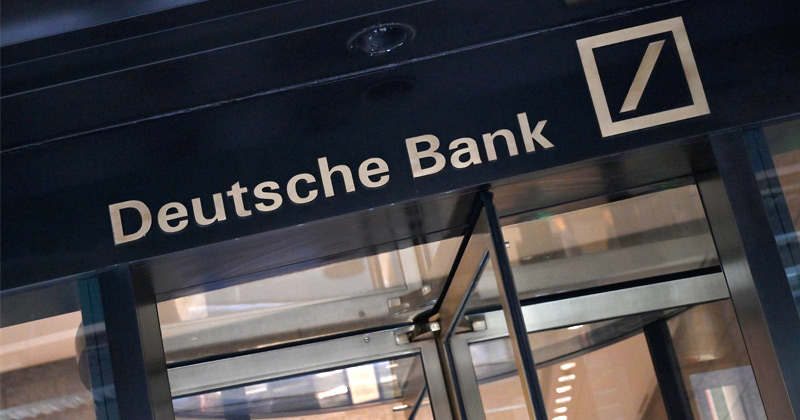 Some managing directors at Deutsche Bank’s office in the City of London on Monday were being fitted for suits costing more than £1,000 ($1,250). The same morning, the bank began massive layoffs across the world.

Tearful workers were told to pack up their belongings at the bank’s London headquarters just hours after the it revealed that 18,000 people would be sacked worldwide by 2022. According to some estimates, around 3,200 people could lose their jobs at the London office. Some 100 people were made redundant from a single floor.

Two tailors from Fielding & Nicholson Tailoring were among those pictured leaving the Deutsche London office, holding several suit bags. They were wrongly identified as the bank’s laid-off staff, with their image widely used on Twitter and by the media.

One of them, Ian Fielding-Calcutt, who owns the firm, told the Financial News: “Our timing was not great… I think a lot of the people getting laid off were traders of some sort, who don’t wear suits, and so we just went ahead as normal with our clients who obviously weren’t affected by the cuts.”

Fielding & Nicholson is among London’s premier bespoke tailoring providers, with its suits taking up to eight weeks to make. Prices start at £1,200 ($1,500) and can go as high as the customer chooses, an employee told the media.

Germany’s largest financial institution, Deutsche Bank, which has been struggling since the 2008 financial crisis, announced a massive wave of staff cuts on Monday as part of its plan to “restart” some business operations.

Cuts started this week in Sydney, Hong Kong and other locations in the Asia-Pacific region. In Asia alone, Deutsche Bank will close all operations, though the majority of redundancies will take place in the US and Europe. The German firm said it will reduce its global workforce to 74,000 by 2022 in a move that will cost €7.4 billion ($8.3 billion) altogether.

Deutsche Bank Chief Executive Christian Sewing visited London on Monday and repeatedly said how much he regretted the decision to scrap a fifth of his global workforce. He said that he would “put my money where my mouth is” by investing a substantial chunk of his €3.3 million ($3.7 million) base salary in Deutsche shares in the next few years. According to Reuters, he will spend 25 percent of his salary each year on shares, indicating that he intends to invest €825,000 ($928,000) each year.

Roger Stone details the inner workings of the Jeffrey Epstein case, and how President Trump called Epstein out publicly in the past.