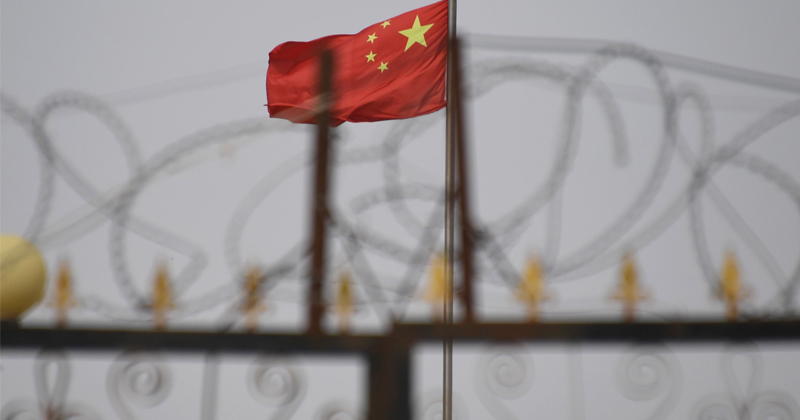 Over a month after widespread allegations that China has been routinely using its Muslim Uighur population as prison laborers for products shipped to the West — specifically after 13 tons of human hair in weave products estimated to be worth over $800,000 was seized as a US port — the Department of Homeland Security announced Monday five new orders blocking the importation of products believed to be the result of forced labor.

“Today’s Withhold Release Orders send a clear message to the international community that we will not tolerate the illicit, inhumane, and exploitative practices of forced labor in U.S. supply chains,” Morgan said, according to The Hill.

The directives are aimed at blocking products from multiple facilities in China’s Xinjiang Uyghur Autonomous Region that are suspected of being either internment or ‘re-education camps’ or as including staff made up of forced labor.

A brief listing of the five orders via the DHS website includes the following:

Morgan added of these tightening of controls that “The Trump Administration will not stand idly by and allow foreign companies to subject vulnerable workers to forced labor while harming American businesses that respect human rights and the rule of law.”

The statement went so far as to call China’s practice “modern slavery” and said DHS would do everything in its power to protect American workers, citizens, and the supply chain.

It comes after over much of the past year international human rights groups have published a mountain of photographic and satellite evidence showing a sprawling network of Uighur Muslim camps being run by the Chinese communist government, which Beijing has consistently downplayed or denied altogether.

Previously China has leveled retaliatory sanctions against the US over criticism related to the sensitive issue of treatment of the minority Chinese Muslim community.

Brian Rose of London Real joins The Alex Jones Show to break down the sleeping giant effect of Big Tech’s censorship awakening to their own destruction.