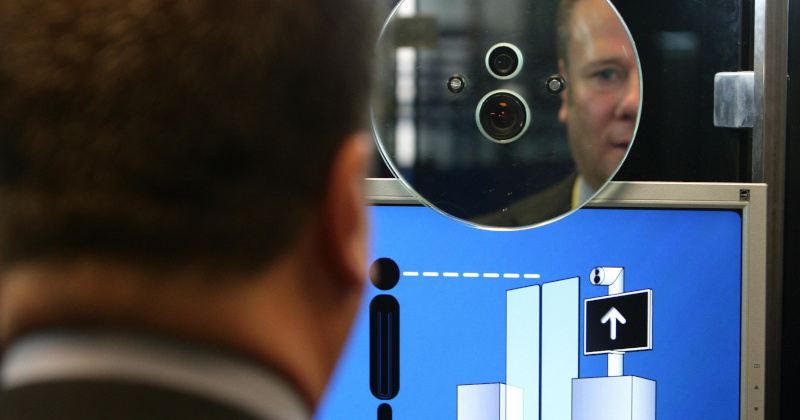 The US Customs and Border Protection (CBP) agency has reversed course on plans to submit Americans to compulsory biometric scans at airports across the country, following a wave of intense pushback to the privacy-eroding proposal.

“There are no current plans to require US citizens to provide photographs upon entry and exit from the United States,” a CBP spokesperson said in a statement on Thursday.

“CBP intends to have the planned regulatory action regarding US citizens removed from the unified agenda next time it is published.”

While Americans currently have the option to decline facial recognition scans when traveling through airports, the Department of Homeland Security (DHS) announced plans earlier this week to kill that exemption, forcing all travelers, foreigners and US citizens alike, to be photographed.

The idea was roundly condemned by privacy advocates after it was first reported – including the ACLU, which voiced “profound privacy concerns” – but added pressure by lawmakers may have dealt a death blow to the proposal. In its statement, the CBP acknowledged it only scrapped the plan after “consultation with Congress and privacy experts.”

Leading the congressional opposition was Senator Ed Markey (D-MA), a longtime critic of federal agencies’ use of facial recognition technology, who slammed the proposal as “disturbing government coercion.” He celebrated the reversal on social media.

“Thanks to our pressure, DHS is reversing course and NOT moving forward with its dystopian facial recognition proposal at US airports,” Markey said in a tweet, adding “we cannot take our right to privacy for granted.” Going forward, Markey also said he intends to bring legislation that would “ban this kind of surveillance” outright.

The Democrat-controlled House Homeland Security Committee, which oversees the DHS and its sub-agency the CBP, also appeared to favor the move.

The use of facial recognition technology on US citizens brings up serious concerns of privacy and data security. https://t.co/8H2i0bWPih

Senator Mike Lee (R-UT) has been another vocal opponent of the government’s use of biometrics, discussing new bipartisan legislation “designed to protect your privacy from unwarranted facial-recognition surveillance” in an address to the Brookings Institution on Thursday.

I enjoyed speaking at Brookings this morning with my friend Sen. Chris Coons (D-DE). We talked about our new legislation designed to protect your privacy from unwarranted facial-recognition surveillance. pic.twitter.com/FsD5fMIOsp

Other lawmakers across the aisle have expressed similar concerns, with Representative Jim Jordan (R-OH) noting earlier this year that his office was working with top Democrats to draft “the right kind of legislation” to reign in the technology. Jordan is a ranking member of the House Oversight Committee, which itself has led some of the resistance to federal face scans.

Privacy concerns over facial recognition scans are not merely theoretical.

Earlier this year, US border officials were forced to admit that photos of some 100,000 travelers had been hacked in a “malicious cyber attack” on a government contractor.

While the DHS is currently set to install biometric scanners at 20 of America’s largest airports by 2021, it’s not clear the agency has a firm handle on keeping the troves of data secure.

Nonetheless, by 2022, the DHS says it expects to have biometric information on over 250 million people stored in its database.