The Department of Homeland Security has released a market survey asking companies if they are able to provide 2 million rounds of ammunition within a short time period, increasing concerns that the federal agency is continuing its arms build up in preparation for domestic unrest.

With the DHS already having committed to purchasing over 1.6 billion bullets over the course of the last year, a “request for information” on “reduced hazard training ammunition” posted on the FedBizOpps website quizzes bullet manufacturers on how fast they can supply large quantities of ammo;

– Are you capable of producing large quantity orders of any training caliber specified with a short turnaround time of 30-60 days?

– What would your lead time be for an order of 2 million rounds of a single type listed above?

– If you were awarded a contract for some of the calibers listed above, submitted a production lot of one million rounds and that lot or portion of the lot was not accepted, would you be able to replace that order with an additional one million rounds within 60 days?

The DHS’s apparent urge to find companies that can supply them with millions of rounds of ammunition within a short time frame will do little to calm concerns that the federal agency is making contingency plans for riots or some form of social dislocation.

The federal agency’s need to find companies that can commit to manufacturing large quantities of bullets quickly also lends credence to claims made by a firearms manufacturer who called into the Michael Savage show in March that the DHS is trying to exhaust ammunition supplies as part of an end run around the Second Amendment.

Ammunition is becoming increasingly scarce, with gun stores across the nation forced to resort to bullet rationing in an attempt to satisfy as many customers as they can, while some police departments are having to barter between themselves to meet demand.

The market survey also indicates that the DHS is interested in purchasing ammunition that will safely fragment when fired against an “armor steel plate,” which will only serve to stoke fears that the feds are gearing up to use the ammunition in an offensive manner.

Despite official denials backed up by unquestioning media reports that the DHS is buying an abnormal amount of bullets, the Government Accountability Office announced earlier this week that an investigation of the purchases is “just getting underway.” 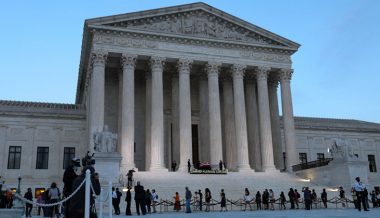