UPDATE: Pat Robertson On DHS Arms Build-Up: “Who Are They Going to Shoot, Us?”

While the Department of Homeland Security continues to ignore members of Congress demanding to know why the federal agency is engaged in an apparent arms build-up, the DHS has just announced it plans to purchase another 360,000 rounds of hollow point ammunition to add to the roughly 2 billion bullets already bought over the past year.

A solicitation on the Federal Business Opportunities website details the DHS’ plan to purchase 360,000 rounds of “Commercial leaded training ammo (CLTA) Pistol .40 caliber 165 grain, jacketed hollow point.” The bullets are to be delivered to the Federal Law Enforcement Training Center in Artesia, New Mexico, the same destination for 240,000 hollow point rounds which were purchased only last month.

Although the DHS has attempted to explain its mammoth purchase of ammunition by claiming the bullets are being acquired in bulk to save money and that they are for training purposes only, this has been disputed by reputable voices such as former Marine Richard Mason, who told reporters with WHPTV News in Pennsylvania earlier this month, “We never trained with hollow points, we didn’t even see hollow points my entire four and a half years in the Marine Corps.”

Hollow point bullets are almost twice as expensive as full metal jackets, therefore the DHS’ explanation that it is buying huge quantities in bulk to “save money” doesn’t make sense.

As we reported yesterday, concerns about the apparent arms build-up are growing, with retired United States Army Captain Terry M. Hestilow sending a letter to Sen. John Cornyn (R-TX) warning that the ammo purchases represent “a bold threat of war by that agency (DHS), and the Obama administration, against the citizens of the United States of America.”

Questions from members of Congress about why the federal agency is buying up ammo, exacerbating shortages across the country, have been met with silence.

– Kansas Congressman Timothy Huelscamp said last week that threats should be made to withdraw funding from the DHS if it didn’t explain why it was purchasing so many bullets, remarking, “They have no answer for that question. They refuse to answer to answer that.”

– Earlier this month, New Jersey Congressman Leonard Lance said, “Congress has a responsibility to ask Secretary Napolitano as to exactly why these purchases have occurred,” signaling his intention to get answers.

– Californian Congressman Doug LaMalfa and 14 of his House colleagues have written a letter to the Department of Homeland Security asking if the purchases are, “being conducted in a manner that strategically denies the American people access to ammunition.”

Although members of Congress are treating the matter with the seriousness it deserves, the mainstream and leftist media have attempted to ridicule the entire issue as a conspiracy theory, with Atlantic Wire even suggesting that the story had its origins in a debunked email, a report that completely failed to even mention the admitted fact that the DHS had purchased around 2 billion bullets.

While the DHS continues to purchase bullets in large quantities, police departments have been forced to barter amongst each other in a desperate scramble to meet their ammo needs. 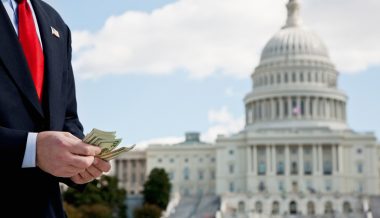