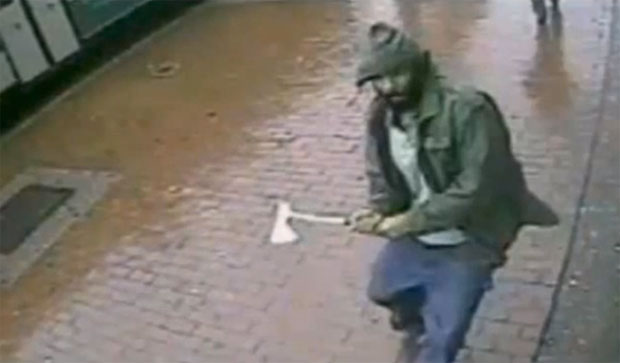 Jeh Johnson, the Secretary of the Department of Homeland Security, has announced “a precautionary step” to protect federal government facilities from “small-scale attacks by a lone offender or a small group of individuals. “

The DHS directive will be carried out by the Federal Protective Service, a federal law enforcement agency comprised of 900 employees and 15,000 contract security guards.

Johnson said the “reasons for this action are self-evident” following recent attacks in Canada and elsewhere. He also cited “continued public calls by terrorist organizations for attacks on the homeland.”

“Given world events, prudence dictates a heightened vigilance in the protection of U.S. government installations and our personnel.”

The move is “not based on any specific, credible information at this time indicating any active plot against government officials and law enforcement in the United States.’’

Details ignored in the quest to fabricate an Islamic attack on the West tell a different story, however.

Michael Zehaf Bibeau, the man who shot dead two Canadian soldiers, was a mentally ill drug addict, according to his family. Bibeau was kicked out of a Vancouver mosque for his drug use and strange behavior.

“My son used to spend hours playing those war video games,” his mother said. “In looking at the event it reminded me of that except (that) now it was real life, people were real and got hurt.”

“I’m not persuaded at all that mental illness is what’s driving these things,” RCMP Commissioner Bob Paulson said in response. “He was quite deliberate, he was quite lucid, and he was quite purposeful in articulating the basis for his actions. And they were in respect, broadly, to Canada’s foreign policy, and also in respect of his religious beliefs,” Paulson told a Senate committee.

Martin Couture-Rouleau, the Québécois man who killed a Canadian Force Warrant Officer with his car, was also apparently mentally ill, according to friends. “People turned away from him, thinking he was crazy,” a friend said. His wife filed with the court to gain sole custody of their children due to changes in Couture-Rouleau’s behavior.

“Was this the result of a carefully planned terror plot or the haphazard acts of man suffering from mental delusions?” Peter Wheeland wrote last week. “If the objective was to terrify Canadians, he could certainly have chosen a more effective target and means than waiting in a suburban parking lot for someone in a military uniform to walk by. He could have made a more formal declaration of jihad than calling 911 while being chased and claiming he was acting on behalf of Allah.”

Zale Thompson, the man who attacked New York police with a hatchet and was shot dead, also appears to have been mentally disturbed. “Family members told police that Mr. Thompson was a ‘recluse’ and had recently been depressed,” The Wall Street Journal reported after the attack.

Sophia Moskalenko, Ph.D. and Clark McCauley, Ph.D., believe Thompson suffered from mental illness. “Zale Thompson is beginning to look like an approximation to the Disconnected/Disordered profile that links some lone-actor terrorists with assassins and school attackers,” they wrote for Psychology Today on October 27.

The only connection Thompson had to terrorism was on the history of his web browser.

“Following computer examinations for clues about a motive for the assault, police discovered Thompson’s browsing history included organized terror groups, beheadings and the shooting in Canada earlier this week that officials there have called a terrorist attack,” the Daily Mail reported. “However, the suspect was not on any watch lists, and officials found no indication he sought any training or affiliation to any groups.”

Pretext for Expanding the Surveillance State

Following the attack in Ottawa, the Canadian government introduced legislation in parliament designed to expand and strengthen the Canadian Security Intelligence Service and its cooperation with the NSA in the United States. The proposed legislation will grant “CSIS effectively unlimited powers globally,” according to a critic.

A raft of “tough new counter-terror laws” are set to pass the Australian Senate. “There will be new offenses for ‘advocating terrorism’ and for entering or remaining in a ‘declared zone.’ It will make it easier to list a terrorist organization and the police and security agencies will get new powers,” reports ABC News.

“Experts say the laws will have a bigger impact on personal freedoms than similar laws in countries that possibly face bigger terrorist threats than Australia does,” The Economist reported earlier this month.

The new measures in Australia also appear to be aimed at going after whistleblowers like Edward Snowden and have alarmed journalists in the country.

“Rushed lawmaking is dangerous lawmaking,” The Guardian observed on Tuesday. “Many suggest that Canadians should be asking if existing laws are being properly enforced, more than what additional powers government needs to protect public safety. We must ask how the attacks last week happened, before jumping to the conclusion that creating new laws is the answer.”

Additionally, Canadians – and Americans, Britons, and Australians – should ask why their respective governments are exploiting violent acts by a handful of mentally ill individuals to force through draconian laws.

Obviously, the threat is not the Islamic State or al-Qaeda. It is the population at large, especially those politically engaged and standing in opposition to the state and its war machine. Edward Snowden and government whistleblowers pose more of a threat to the state than al-Baghdadi, a mysterious man who spent time in the hands of U.S. military intelligence in occupied Iraq.