Former VP marks anniversary as member of the living dead

Although the debate still rages as to whether or not he had a pulse to begin with, torture-approving, wiretap-loving former Vice-President Dick Cheney recently marked one year as a member of the living dead.

In July last year, Cheney had a ventricular assist device implanted in his body which “leaves most recipients without a pulse because it pushes blood continuously instead of mimicking the heart’s own pulsatile beat.”

During an interview aired this morning on MSNBC, Cheney frightened reporter Jamie Gangel with his ‘Dawn of the Dead’ style antics, removing the battery from his heart pump before it started beeping.

Cheney has survived as a zombie long enough to finalize and promote his new memoir, My Time, in which he unapologetically re-affirms his support for torture, the invasion of Iraq, and warrantless wiretapping.

The former VP’s arrogance has not lessened with age or ill health. The book fails to even admit a single “mistake” in the prosecution of the Iraq war, which still remains unfinished over eight years later and was based on a cocktail of lies and deceit.

“Five hundred and sixty five pages and a simple apology would have been in order in some of them,” writes conservative columnist George Will. “Which is to say, the great fact of those eight years is we went to war—big war, costly war—under false pretenses. And…to write a memoir in which you say essentially nothing seriously went wrong…if I wrote a memoir of my last week, I would have things to apologize for.”

The book has also provided neo-cons with yet another opportunity to make absolute morons out of themselves by still clinging to the fable that the invasion of Iraq was based on some noble necessity and that the justification for it just got muddled in the process.

“The notion that Cheney owes us an apology is interesting,” writes James Joyner. “It depends entirely on whether the Bush administration took us to war knowing Saddam did not have a nuclear weapons program or simply downplayed evidence casting doubt in order to make the case for war they genuinely believed was necessary.”

Joyner fails to mention the fact that Cheney and Bush considered deliberately faking a pretext on which to launch the war after the WMD hoax began to crumble. As the Downing Street Memo revealed, the Bush administration discussed staging a provocation by painting a US spy plane in UN colors and flying it over Iraq, in the hope that Saddam Hussein would order it shot down.

A picture of Cheney’s ventricular assist device can be viewed below. Rumors that his diet now solely consists of human brains have yet to be confirmed. 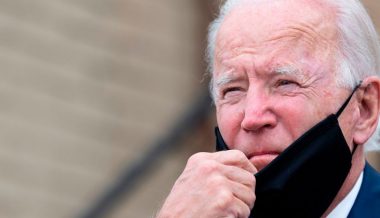