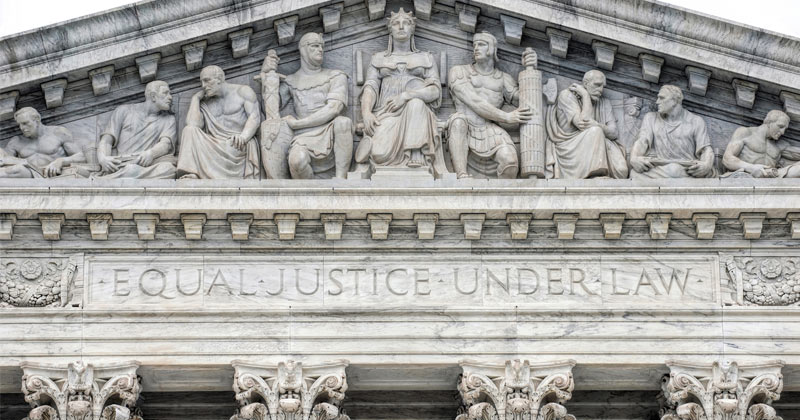 “Liberalism failed” is increasingly a mantra among some American conservatives.

By “liberalism” they don’t mean the ideology of what most of the world calls “social democrats.” They mean classical liberalism, or the ideology of lassize-faire. (This ideology’s modern name is “libertarianism.”) The fact liberalism is not universally popular — and unable to foil all the plans of social democrats and other leftists at every turn — apparently means we ought to throw the who thing in the dustbin of history. (See here, here, and here.)

This would be disastrous.

“Failed” by What Standard?

First of all, when anti-liberals insist the ideology has failed, we must ask ourselves: by what standard has liberalism failed? I suppose “failure” is the right word if we define a failed ideology as “any ideology that is not enthusiastically and dogmatically believed by an overwhelming majority of the population in a given time or place.”

Certainly, that would describe any number of ideologies, just as it describes, for example, Marxism in most of the world. While many conservatives and other rightists like to hyperbolically claim Marxism is ascendant everywhere, this is obviously untrue. If Marxism were nearly as popular as its enemies say, there would be virtually no international trade, private property everywhere would have been all but abolished, the Chinese would still be starving to death by the millions, and most of the world would be living like the people of the old Soviet Union.

But is Marxism a failed ideology? It doesn’t appear so since an enthusiastic minority continues to push for its widespread adoption. The fact these people have yet to abolish private property, however, hardly proves Marxism has “failed.” It just remains a minority position. It could gain more ground at any time. Indeed, this may be the case right now.

Yet, many of the same people who are quick to declare minority-preferred Marxism to be wildly successful declare liberalism to be a failure, because, well, it’s only preferred by a minority of the population.

Note the double standard: if Marxism continues to hold sway over only a certain portion of the population, it’s a great success. If liberalism is in the same position, then it’s an abject failure.

This isn’t surprising, though. Many modern day liberals seem to have a penchant for pessimistically surrendering their position, giving up, and declaring all to be lost at the earliest opportunity. Were the ideological field of battle a literal one, it seems most liberals would throw down their weapons and run for the hills the second the battle ever went badly for them.

If socialists behaved similarly, they would have all folded up their tents and disappeared forever after the fall of the Soviet Union. I don’t have to tell you that didn’t happen. Instead, the socialists got to work explaining how the “real socialism” has never been tried, and if only we embrace the latest version of socialism, we’ll all be better off. Needless to say, liberals have rarely showed such resilience, even as they’re proven right again and again by the repeated failures of socialist regimes and the stagnation of the “third way” economies.

But what if we choose to define success and failure in other ways? Say, for example, we knew of an ideology that often impelled intellectuals, voters, citizens, and others to oppose state efforts to confiscate private property, raise taxes, destroy markets, and generally seize control of human society in every conceivable way. Would not this ideology be said to be at least partly successful?

If so, then we’d have to admit that the “failure” of liberalism has been exaggerated.  Liberalism is clearly not universally popular, but throughout the Americas and most of the West, liberalism, even in its debased and compromised form, is the ideology that poses the most difficulty to regimes that wish to relentlessly expand their own power.

Put another way: if you want to imagine a world without liberalism, imagine a world where it is far, far easier for politicians to raise taxes and abolish human rights with wanton abandon. Lew Rockwell has noted as much:

A new BBC poll [reported November 2009] finds that only 11 percent of people questioned around the world — and 29,000 people were asked their opinions — think that free-market capitalism is a good thing. The rest believe in more government regulation. Only a small percentage of the world’s population believes that capitalism works well and that more regulation will reduce efficiency. …

It gets even worse. While most Europeans and Americans think it was a good thing for the Soviet Union to disintegrate, people in India, Indonesia, Ukraine, Pakistan, Russia, and Egypt mostly think it was a bad thing. Yes, you read that right: millions freed from socialist slavery — bad thing.

As to those who would despair at this poll, consider that it might have been much worse were it not for the efforts of a relative handful of intellectuals who have fought against socialist theory for more than a century. It might have been 99% in support of socialist tyranny. So there is no sense in saying that these intellectual efforts are wasted.

Why The Left Continues to Attack Liberalism

Certainly, the Left, ranging from social democrats to hard-core Marxists, have noticed the trouble the liberals have given them. This is why they continue to viciously attack liberalism. The Left now calls it “neoliberalism” but what they really mean is the ideology that wants a limited state and more market freedom. Perhaps even worse is the fact these neoliberals are insufficiently enthusiastic about ending bourgeois civilization altogether. In the minds of the Left, this “neoliberalism” is all too successful, blocking socialist gains worldwide and preventing the establishment of a social democratic or Marxist utopia. One need only read the bitter screeds against liberalism — both in its cultural and economic aspects — written in recent years by socialists like George Monbiot to know that liberalism remains alive and well as far as the Left is concerned.

Now, just as conservatives greatly exaggerate the success of the Marxists, the social democrats and other anti-neoliberals exaggerate the success of liberalism. Virtually nowhere are doctrinaire or even enthusiastic liberals in power. Everywhere we look, it seems, we see government regimes becoming more powerful, raising taxes, and generally increasing the burden of the state on ordinary people.

Yet, were the modern remnants of liberalism not still alive enough to keep opposing the Left’s preferred state of affairs, the Left would be facing even less opposition than it does now. Had liberalism truly failed, the Left wouldn’t bother mentioning it or bemoaning its influence.

In other words, without the latent liberalism the survives even to this day in so many corners of the world, the world “might have been 99% in support of socialist tyranny.” That should be a sobering thought. Our reaction to all this should be to redouble our efforts and double down on what good liberalism has done over the centuries. Yet, many American conservatives now want to abandon the ideology that has long been the Left’s most durable foe. This should strike us as imprudent, to say the least.