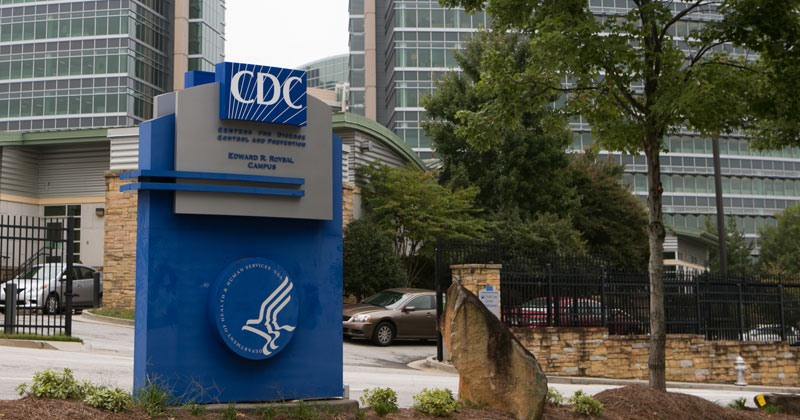 By now, it’s become abundantly clear that the federal government’s sluggishness in distributing functioning tests to labs around the country is one reason why governors and big-city mayors across the country are closing schools and businesses in preparation for a de facto 2 week quarantine.

The government seemingly had the whole month of February to distribute tests, which it should have been receiving from the WHO, which had contracted with a small Germany biotech firm to to produce millions of tests.

Instead, the CDC had only distributed a few thousand tests at the end of last month, and seems to have only taken steps to fix the problem over the last week, after a hail of criticism from doctors and experts as thousands of patients complained they didn’t have access to tests.

Well, the left-wing press has been carrying out a campaign to place the blame for the agency’s failures squarely on the shoulders of President Trump, with the Washington Post lambasting him for closing a pandemic preparedness office set up by President Obama to combat Ebola – even as the official charged with dissolving the office, writing also in the Washington Post, that these charges are specious.

At any rate, we’ve noticed that these claims have largely been circulated by former Obama-era CDC officials, who have leapt at every chance to criticize the administration’s overall response, along with the ‘botched’ testing rollout, on cable news.

But in an investigative piece overnight, the Washington Post laid out how the CDC, acting mostly independently of the administration and in keeping with the precedent for epidemic response, strung the White House along by claiming to ramp up testing while many of the tests were defective. But even as some labs figured out how to fix the defects, and others carried out testing on their own, the CDC remained inexplicably inflexible until suddenly admitting that it had been wrong, then promising to do better, once the demand for tests hit a critical apex.

Fortunately, President Trump’s decision to strike partnerships with pharma companies, both established firms and startups, has helped swiftly compensate for the shortfall. But the lapse in surveillance during the month of February has dealt a serious blow to the effort.

To be sure, it seems Trump badly erred by appointing Alex Azar to lead DHHS and Dr. Robert Redfield to lead the CDC. Coming from the lobbying world and academia, they didn’t have the experience to lead the response, forcing them to rely on underlings inside the CDC, many of whom are career bureaucrats who resent the Trump Administration’s management of the bureaucracy.

When these underlings insisted that the ‘red tape’ was there for a reason, Redfield had little choice but to defer to their expertise, at least initially, before other outside experts started to complain.

Meanwhile, all the Obama-era employees and underlings responsible for getting their leaders up to speed (like Dr. Messonnier, who is mentioned several times in the WaPo report), repeatedly told their bosses that this is the standard response and that they must wait for the CDC to figure out this knot of problems before opening the gates to corporate partners.

And as far as Dr. Fauci is concerned, he actually works for the NIH.

Now, as WaPo mentions in the final paragraphs of its story, a former CDC director who led the agency during the Obama years is calling for an “investigation” of the CDC’s botched response.

Thomas Frieden, an infectious disease physician who served as CDC director under former president Barack Obama, called on Sunday for an “independent group” to investigate what went wrong with the CDC’s testing process. He said in the past, the CDC moved quickly to produce tests for diseases such as H1N1, or swine flu.

“We were able to get test kits out fast,” Frieden said on CNN. “Something went wrong here. We have to find out why so we can prevent that in the future.”

Frieden said the agency has been muzzled under President Trump and despite the multitude of problems with the rollout of testing, “the CDC is still the greatest public health institution in the world.”

We suspect he already knows where the bodies might be buried.