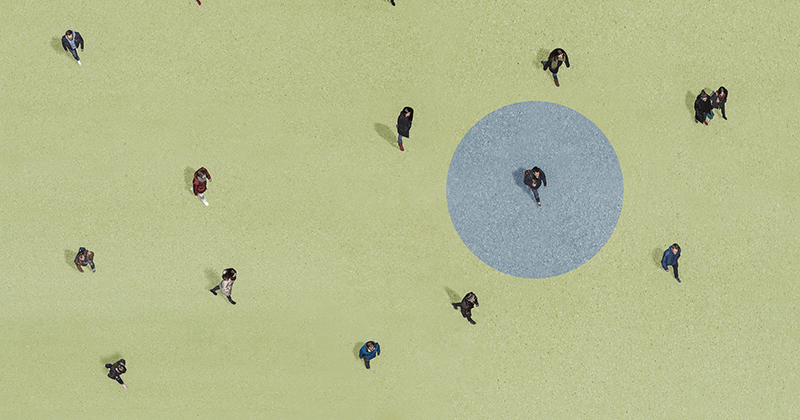 The lockdown measures implemented across the US – and failing to save us from either Covid-19 or economic ruin – have roots in a 2006 schoolgirl’s science project. They became law despite several academics’ resistance.

Now begins the grand effort, on display in thousands of articles and news broadcasts daily, somehow to normalize the lockdown and all its destruction of the last two months. We didn’t lock down almost the entire country in 1968/69, 1957, or 1949-1952, or even during 1918. But in a terrifying few days in March 2020, it happened to all of us, causing an avalanche of social, cultural, and economic destruction that will ring through the ages.

There was nothing normal about it all. We’ll be trying to figure out what happened to us for decades hence.

How did a temporary plan to preserve hospital capacity turn into two-to-three months of near-universal house arrest that ended up causing worker furloughs at 256 hospitals, a stoppage of international travel, a 40 percent job loss among people earning less than $40,000 per year, devastation of every economic sector, mass confusion and demoralization, a complete ignoring of all fundamental rights and liberties, not to mention the mass confiscation of private property with forced closures of millions of businesses?

Whatever the answer, it’s got to be a bizarre tale. What’s truly surprising is just how recent the theory behind lockdown and forced distancing actually is. So far as anyone can tell, the intellectual machinery that made this mess was invented 14 years ago, and not by epidemiologists but by computer-simulation modelers. It was adopted not by experienced doctors – they warned ferociously against it – but by politicians.

Let’s start with the phrase social distancing, which has mutated into forced human separation. The first I had heard it was in the 2011 movie ‘Contagion.’ The first time it appeared in the New York Times was February 12, 2006:

“If the avian flu goes pandemic while Tamiflu and vaccines are still in short supply, experts say, the only protection most Americans will have is ‘social distancing,’ which is the new politically correct way of saying ‘quarantine.’”

But distancing also encompasses less drastic measures, like wearing face masks, staying out of elevators – and the [elbow] bump. Such stratagems, those experts say, will rewrite the ways we interact, at least during the weeks when the waves of influenza are washing over us.”