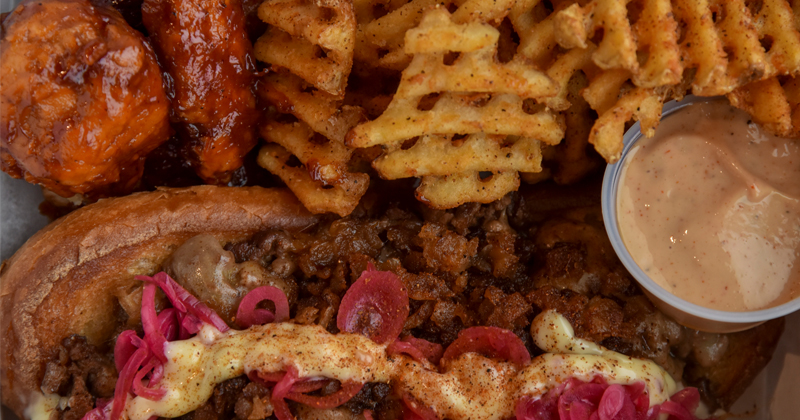 Fast food and takeout are anathema to the ‘clean eating’ lifestyle trend that has swept the US – and much of the developed world – over the past 10 years.

But while spending on gym memberships and boutique fitness classes has risen significantly over the past ten years, recent studies show that over-spending on takeout was the biggest financial mistake made by younger Americans in 2018, according to a MarketWatch report that cited data from a recent study published by Principal.

According to the data, nearly one in three Americans – 29%, up from 26% in 2018 – said dining out was this year’s top budget buster for them, followed closely by spending on groceries (which is ironic given the proliferation of low-cost grocers like Aldi that have sprouted up in recent years).

But that’s not all: In a separate study, Fidelity found that the No. 1 small financial mistake that most Americans admit to is dining out too much, something that 36% of respondents said they’d done in the past year.

Americans spent roughly $3,500 a year on dining out in 2018, according to government data. That’s a new record high, and a 2.8% improvement from the prior year. Sales are projected to hit a record high of $863 billion this year, according to the National Restaurant Association.

Since February 2010, there have been just 5 months out of 117 where the number of waiters and bartenders in the US has posted a monthly decline. November was no different.

What’s worse: The cost of getting takeout or going out to eat is rising much more quickly than the price of buying groceries, but that hasn’t had much of an impact on the spending habits of young people. And if the latest Gallup poll (a different poll than the ones cited above) shows, Americans eat out often: Six in 10 ate out at least once in the past week.

“Dining rooms and kitchens across the U.S. are getting a little less use than they used to,” said research firm Nielsen in a recent report. “That’s because Americans have embraced the experience of eating out.”

Eating out is hammering Americans’ savings, but that’s not the only impact it’s having on their general sense of well-being: It’s also probably the biggest contributor to the expanding waistlines of millions of Americans. When Americans eat out, they chow down on an extra 200 calories more than on a normal day.

Furthermore, government research has shown that “when eating out, people either eat more or eat higher-calorie foods – or both – and that this tendency appears to be increasing.”

Meanwhile, a staggering 75% of Americans are either overweight or obese, according to the CBC. And over time, the costs in the form of deteriorating health associated with obesity will continue to climb. According to the CDC, obese patients often shoulder costs that are $1,429 higher on average than patients of a normal weight.