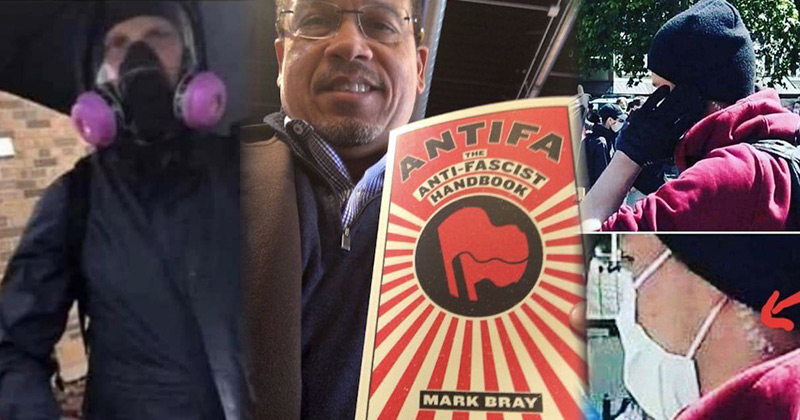 From an Antifa-sympathizing Attorney General and potential George Soros funding to suspicious individuals provoking rioters and the media egging them on, the mayhem taking place following the death of George Floyd is exactly what the global elite want.

Whenever race-related riots take place in America, you can be sure infamous globalist George Soros has his handprints on the situation in one way or another.

Conservative activist Candace Owens responded to Minneapolis Police Chief Medaria Arradondo’s claim that criminal activity was being instigated by people from outside the city by suggesting the Soros-funded NGO Open Society Foundation is funding the operation.

“My guess: As he did with Antifa, Democrat George Soros has these thugs on payroll. He is funding the chaos via his Open Society Foundation,” she wrote.

Open Society Foundation responded to Owens, claiming they “don’t pay people to protest,” but Candace fired back, asking, “Just what exactly was the 33 million given to Black Lives Matter for?”

Another individual who may be sympathetic to those who want to destroy the city of Minneapolis is Minnesota Attorney General Keith Ellison.

A viral picture from 2018 shows Keith Ellison holding a copy of Antifa The Anti-Fascist Handbook in a now-deleted Twitter post where he wrote, “I just found the book that strike fear in the heart of Donald Trump.”

The internet has revived this image and it is going viral in the wake of the George Floyd riots.

The Attorney General of Minnesota pic.twitter.com/kXoJAj0Ko5

Speaking of Antifa, pictures and videos of suspicious individuals taking part in the chaos are receiving attention online.

The most notable incident was caught on film as a white man wearing a gas mask broke the windows of an Auto Zone auto parts store in broad daylight.

A black man tried to stop the suspicious vandal, followed him when he tried to leave and almost got into a fistfight with the man.

“I’m on your side,” the masked individual said before swiping at the phone of the person filming.

“Are you a fucking cop?” another protester screamed as the saboteur quickly walked away.

Video shows a suspicious white man breaking windows at the Minneapolis Auto Zone and then walking away from the scene. This looks like an effort to instigate trouble in order to blame the protesters for the consequences.

After the footage went viral, internet users claimed to have found the suspect’s identity.

A Twitter user posted screenshots of text messages alleging the suspicious man is a St. Paul police officer named Jacob Pederson, but this rumor has not been verified.

HOLY SHIT. The cop who started the vandalizing was outted by people who know him. His name is Jacob Pederson of the St. Paul PD. pic.twitter.com/vgw8EqKz5j

From a close friend in Minny. There it is. pic.twitter.com/zkv626Pj1G

The St. Paul Police Department addressed the rumors by saying, “We looked into it. It’s false,” but that doesn’t prove anything either.

An image, allegedly taken at the Minneapolis riot, shows a white “protester” with what appears to be an earpiece, which are commonly worn by police or intelligence.

A Google reverse image search shows no account of this image appearing online before Thursday, May 28.

#MySleeptweet If this photo was captured in Minneapolis, so much for the ‘people in the hood’ looting and burning their neighborhoods down all by themselves. Looks like there are ‘others’ in play. #DeepState #Antifa pic.twitter.com/2vejuAkvrd

Infowars has documented agent provocateurs hijacking protests for over a decade.

Obviously there are real, organic looters and vandals committing crimes as well, but escalating the situation is beneficial to the establishment.

Meanwhile, the mainstream media and Democrat politicians are only encouraging those who are rioting and are blaming the entire affair on white people.

.@donlemon on @CNN just now: "…it is not incumbent upon black people to stop racism….It is incumbent upon people who own the power in this society to help to do that, to do the heavy lifting. And guess who that is Chris?" @ChrisCuomo: "white people"#GeorgeFloyd
Yes, us. pic.twitter.com/o0pyi4WuiU

The comments that @donlemon just made commenting directly to "white people" is racist in my view… @CNN needs to fire him… white and black people have been fired for less….. he needs to go pic.twitter.com/IqqMoZC1ni

In a hilarious video clip, MSNBC reporter Ali Velshi attempted to downplay the “protest” as “not generally speaking unruly.”

Why you shouldn’t let liberals anywhere near the levers of power, in 12 seconds: pic.twitter.com/RclcSOypb3

Tucker Carlson covered the media’s promotion of the riots in the following segment:

Our anger is just.

Our anger is warranted.

And our priority right now must be protecting one another.

One thing is certain, the political establishment wants Americans divided and the more chaos they can cause leading up to the 2020 election, the better chance they have of obtaining their number one goal at the moment, which is removing President Trump from office.