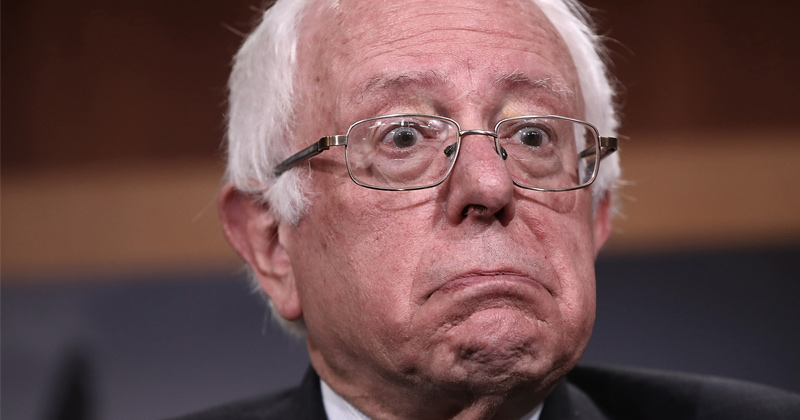 The DNC has been accused of redistributing Bernie Sanders votes to other candidates, which is, ironically enough, Bernie-style socialism at play.

Bernie supporters in particular are outraged that the Democratic National Committee would demand a “recanvass” of the Iowa caucus vote after 97% of the results was released, showing Bernie Sanders and Pete Buttigieg in a dead heat with the same number of delegates.

It’s almost as if Bernie might pull out ahead with the 3% of the votes remaining, his supporters allege.

“Whatever the hell a recanvas even is, you can guarantee it has more to do with the last 3% of pending caucus results than the reported 97%,” said one commenter.

whatever the hell a recanvas even is, you can guarantee it has more to do with the last 3% of pending caucus results than the reported 97% https://t.co/yqZvKuNGZH

Perez announcing an Iowa recanvas as it begins to look like Bernie will win is just… wow. I’m really starting to ask myself what they won’t do to stop Bernie from being the nominee.

Another commenter echoed a similar sentiment.

“The guy who wouldn’t demand that the Iowa Democratic Party release the full caucus results now demands a recanvass,” he stated.

A recanvass is a review of the worksheets from each caucus site intended to “ensure accuracy.”

Naturally, given how the DNC stacked the deck against Bernie Sanders during his 2016 campaign, this has sparked suspicions that the party higher-ups who are afraid of a Bernie candidacy wanted botched Iowa results to ensure that he wouldn’t enjoy momentum going into the New Hampshire caucus.

The fact that Bernie was the favorite to win at Iowa leads credibility to this claim.

But the irony of Bernie supporters accusing the DNC of taking votes away from the ‘winner’ Bernie Sanders and redistributing them to less fortunate candidates cannot be understated, as this is how socialism actually works.

Bernie’s ideology has been often compared to that of 1930s Louisiana politician Huey Long, whose “Share Our Wealth” plan “was designed to provide a decent standard of living to all Americans by spreading the nation’s wealth among the people,” according to the Long Legacy Project.

Maybe the same could be said for Iowa, if the botched results were designed to provide decent showings for the establishment-friendly candidates – especially free-falling Joe Biden – by spreading Bernie’s votes amongst them.