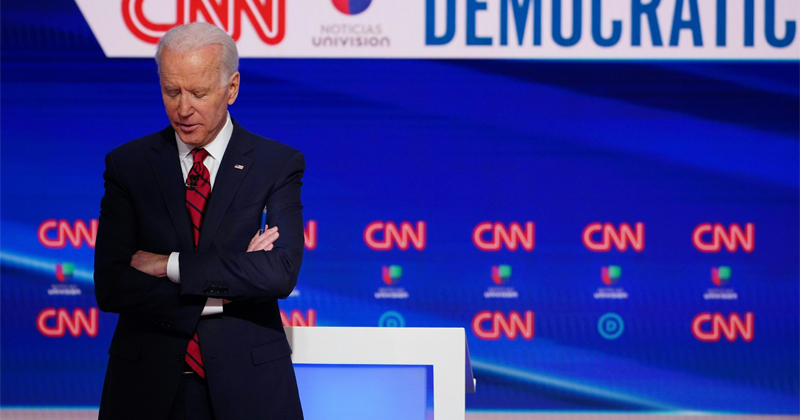 While hardly a big surprise with the country on indefinite lockdown, moments ago Politico reported that the Democratic National Committee is postponing the party’s presidential convention in Milwaukee by one month to August 17, the week before the Republican Party’s convention.

The party out of power typically holds its convention about a month before the incumbent’s party.

The delay from July 13-16 came after likely Dem nominee Joe Biden publicly called for the convention to be rescheduled in response to the coronavirus pandemic.

The Republican National Convention, where President Trump will be nominated, is scheduled to take place between Aug. 24 to 27 in Charlotte, N.C.

The decision comes as many states have stay-at-home orders in place through June, and Democrats had been grappling over the question of whether the nation will have returned to normal by mid-July.

The convention would bring thousands of people to Milwaukee, packing them closely together into a basketball arena. Political operatives and thousands of reporters descend on the host cities every four years, staying in local hotels and going out to restaurants and bars.

The host committee has said that ensuring the safety of convention-goers is its top priority. The committee has met regularly with local, state and federal officials to follow their guidance.

Democrats got an opening to move their convention to August after the Olympics were postponed earlier this week. The Olympics had been scheduled to take place over two weeks in late July through mid-August.

The question is whether August is far enough in the future to assume that a nationwide all clear will be given by then.