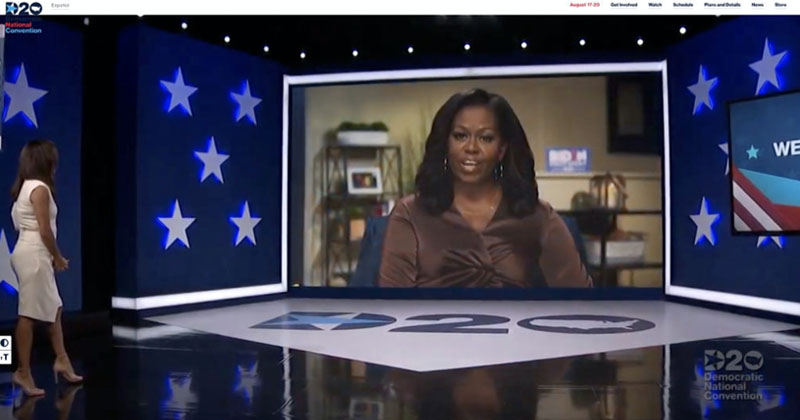 Liberal TV hosts, celebrities, journalists, and even politicians were not happy about Monday’s Democratic National Convention kickoff, panning it as a low-quality, boring and cringeworthy train wreck.

“It was the first night of the virtual Democratic National Convention, because nothing quite fires up Americans more like long speeches over Zoom,” Fallon said Monday night.

The first National Convention to also feel like a PBS pledge drive. #DNC2020

“Michelle Obama spoke at the Democratic National Convention. You put her on the first night?! That’s like starting Coachella with Beyoncé. You want everyone to stick around for the rest, right?!” https://t.co/Eucz1mbtO1

Former Democratic presidential candidate Marianne Williamson took a jab at the DNC, noting she “wanted to like it.”

I wanted to like it. I really did, I promise I did.

Someone please talk me off the ledge. I want to win, and the first 22 minutes of this DNC…I'm scared. Can someone tell me how great this is or something?

The #DemocraticConvention has a bunch of ppl talking about racism with a lot of "we-feel-your-pain-isms."
But nobody is talking about what to DO about the epidemic of violent Anti-Black Racism, & no one is talking about giving tangibles to Foundational Black Americans.#NoVote

Has Tina Fey done a Gretchen Whitmer impression yet?

This convention so far makes me think the Democrats are the party ready to lead America into the '80s.

Rolling Stone writer Matt Taibbi predicted the left’s played-out talking points of the evening, creating a bingo drinking game based on all the typical phrases they use like “Soul of America”, “existential threat”, and “Russia.”

The rules for tonight's DNC drinking game, as well as the bingo card: https://t.co/vB8sA1VsbJ pic.twitter.com/AHCReSTKJ2

Perhaps the most cringeworthy moment came at the end of the event, when actor Billy Porter and musician Stephen Stills performed a bizarre “virtual performance” of the protest song “For What It’s Worth.”