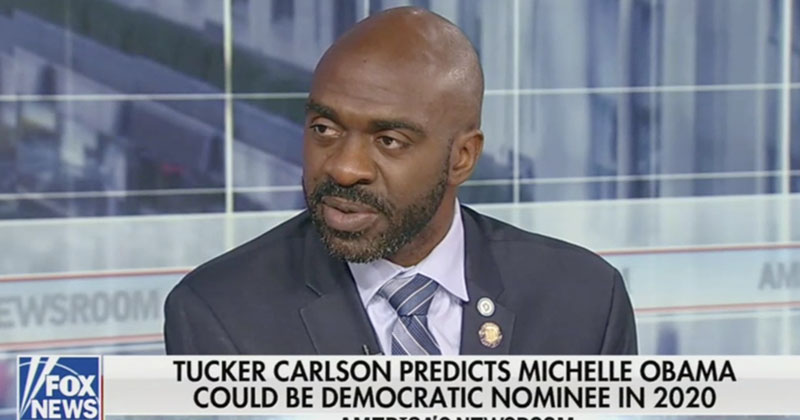 Fox News host Tucker Carlson must be striking a nerve in the Democrat Party, because a Democratic National Committee official joined Fox News to lambast the network for continuing to let him on air.

Appearing on America’s Newsroom on Tuesday, DNC vice chair Michael Blake tore into Fox News over Carlon’s analysis that Michelle Obama is the only figure who can unite the Democrats.

Hemmer then asked Blake, “Do you think Michelle Obama will get in the race?”

Blake dismissed Hemmer’s question and quickly pivoted back to Carlson.

“Not going to happen. He shouldn’t be on here at all,” Blake responded.

Blake then said he was delighted by the Democrat field of 2020 candidates, predicting that any one of them could defeat Trump.

After Mark Zuckerberg’s recent speech at Georgetown University where he praises freedom of speech, Alex Jones and Tucker Carlson reveal the obvious lies of the young billionaire threatening to influence our election