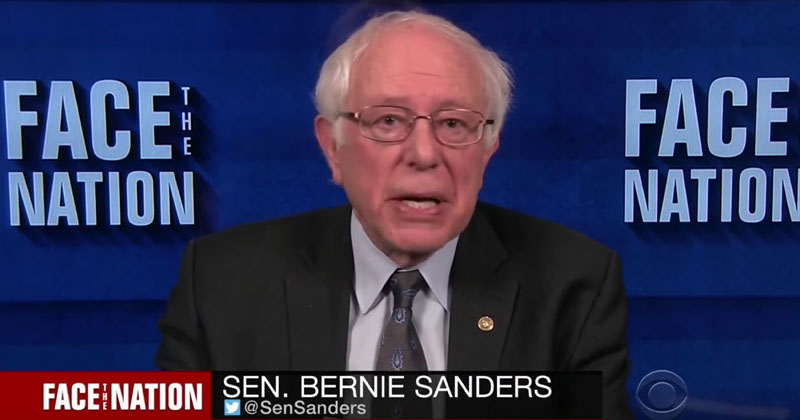 WASHINGTON, D.C.–The sound of paper shredders on loan from the Smithsonian’s Clinton exhibit—and spaced at least 6 feet apart of course—may be heard on the deserted streets of the nation’s capital coming from The Hart Senate Office Building, The National Archives, and the University of Delaware.

Biden campaign headquarters and the DNC, meanwhile, are under siege.

To their left, the Sandernistas and pro-socialist media pundits are again restless.

The folks at The Intercept, for example, are combing through terabytes of CNN footage at a record pace thanks to bootlegged copies of the same privacy-eviscerating facial-recognition algorithms they insist should be outlawed.

After all, this is no time to worry about high-minded ideals or dilly-dally through millions of pages of NSA documents at a snail’s pace. This is serious.

On the right, Mark Levin and Sean Hannity are mainlining Joe Biden’s own words straight into a deep vein of dormant rage leftover from the Kavanaugh hearings.

In between, the legitimate #MeToo-ers and the suburban women who are essential on election day are demanding answers, especially now that Tara Reade has challenged Mr. Biden to a lie-detector test and called for him to leave the race.

And with the proverbial shoe on the other foot, the squad has stopped squawking and the majority of the left-leaning media has unfurled its hypocrisy for all to see.

What’s the difference between Joe Biden and Brett Kavanaugh and between Tara Reade and Christine Blasey Ford—other than the contemporary corroboration of Ms. Reade’s accusation and Mr. Biden’s well-documented history of creeping out women?

Answer: politics; like so many other causes, the DNC opportunistically uses #MeToo to its benefit and quickly discards abused women who pose a threat.

Most likely, the far-left New York Times intentionally withheld Ms. Reade’s #MeToo story until after the pool of Democratic primary candidates had narrowed and the party’s establishment figureheads had burned their political capital endorsing Mr. Biden.

Had the Times gone to print earlier, the Clintons of the world could’ve endorsed another candidate besides Bernie Sanders.

Indeed, the Democratic aristocrats make their disdain for Mr. Sanders no secret.

They’d prefer any other Democratic candidate over him.

Their move against his campaign à la 2016 was conspicuously telegraphed.

The Times, however, saved its powder and published Ms. Reade’s story at the best time for Bernie.

You see, America’s “paper of record” has a love affair with communism dating back at least to Stalin.

Now, the DNC’s only remaining hope for November is to deliver the coup de grâce to the Biden campaign and make way for Mr. Sanders, whom the far left preferred the entire time.

If the DNC brass instead introduces another candidate, they’d risk a third-party spoiler.

In 2000, for example, Ralph Nader claimed 97,488 votes in Florida and Al Gore lost the state to George W. Bush by only 537 votes—thereby losing the entire election.

Moreover, it’s clear from the past 3 presidential races that Democratic candidates rise or fall with their party’s enthusiasm.

In 2016, though, a far-less-enthusiastic Democratic crowd cast only 2,394,164 votes for Hillary Clinton—far fewer than Mr. Romney received 4 years earlier—and Donald Trump easily carried the state with a comparatively modest increase in GOP voters.

The GOP also maintained majorities in both houses that year.

Now, thanks to the Times, Mr. Sanders is the only candidate that can avoid a repeat on the Democratic side in 2020. Simply put, Mr. Biden’s candidacy could doom his counterparts down the ballot. His promise to choose a female running mate is especially problematic.

And maybe Mr. Biden deserves to lose for reasons in addition to the credible rape allegation against him. Whether one believes Ms. Reade or not, Mr. Biden should’ve known better after his decades in politics than to go on far-left MSNBC and drink the Morning Joe.

Call it MonteSanders revenge. And if that’s the caliber of crisis decision-making Mr. Biden would bring to the White House, the nation would be imperiled.

(I jest about The Intercept, of course.)