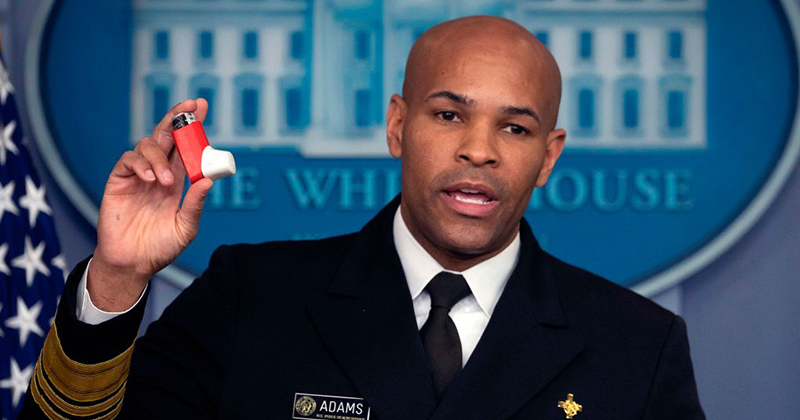 Surgeon General Jerome Adams, who is African American, is under serious fire from all sides today after he appeared to single-out communities of color for not following President Trump’s coronavirus guidelines (after widespread liberal media coverage of the inequities of the virus’ impact on low income black and brown families).

Specifically, Adams told Americans of color that they need to “step up” to stop the spread of COVID-19, warning that “social ills” were likely a major factor in why the outbreak has killed twice as many black and Latino people than white Americans.

The nation’s top doctor said on Friday, during the daily coronavirus taskforce briefing, that:

Texas’ Coryell County issued a stay at home order on Wednesday, one day after the City of Gatesville issued its own order to prevent the spread of COVID-19.

As The Daily Mail details, Adams added the “chronic burden of medical ills” among Americans of color is making those communities less resilient to the “ravages” of COVID-19.

However, it seems while Adams message may have been both factual and heart-felt, members of the black community are calling out the Surgeon General for “pandering” to them with his use of slang and also for his “offensive” instruction that those specific communities to stop drinking and smoking during this pandemic.

“The surgeon general telling black folks not to drink and smoke and do it for ya “paa paa and big momma”. Where they get this guy from? How dumb do they think we are with this? How bout suggesting that EVERYONE cut back? Let’s not do that ok?” TV host and actress Claudia Jordan said.

“Let me tell a lot of you something, we don’t talk the way movies, songs, and the media portrays us. The Surgeon General is trying to relate to a life he never lived, listen to his voice and they way he speaks. He has never called anyone “big momma,” and neither have I.”

‘As if people wouldn’t understand him if he said, “Do it for your grandparents”?’

Some bashed him for using ‘stereotypical ethnic names for our relative’. And activist Blaine Hardaway used the opportunity to take a shot at the president:

“I really would like to say I’m surprised but of course I’m not. Trump sent the only black guy on his team out to chastise black and Latino people for smoking and drinking, as if that’s the reason our communities are predisposed to this virus. Just disgusting.”

Adams later tried to explain his comments after PBS NewsHour’s Yamiche Alcindor pressed him later in the briefing:

“That was not meant to be offensive,” Adams said.

“That’s the language that we use and I use and we need to continue to target our outreach to those communities.”

Adams concluded with the uncomfortable fact-bomb that “people of color experience both more likely exposure to COVID-19 and increased complications from it.”